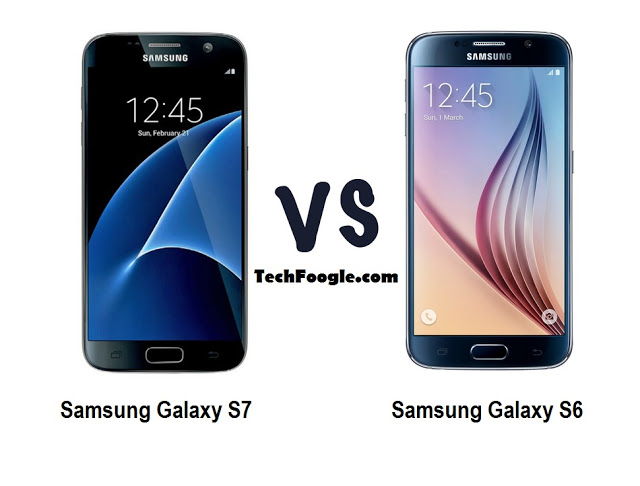 Samsung has finally taken the covers off its new flagship devices – Galaxy S7 and Galaxy S7 edge – with 5.1-inch and 5.5-inch dual edge displays, respectively. The company has pushed out two new devices, hoping to finally get a grip as it slowly slides the slippery slope. While it will compete with the existing and newer flagships from companies, let’s take a quick look what’s new compared to the older flagship models.

While the display and resolution is akin to what we’ve seen in the Galaxy S6, the Galaxy S7 gets an Always-on display offering quick access to time, calendar and notifications. The Super AMOLED display coupled with Snapdragon 820 promises energy efficiency and promises lower battery drainage in spite of the Always-on display. The Galaxy S7 drops the megapixel count from 16MP found in S6 to 12MP, but it has given a big performance bump focusing on the low light conditions. The wider f/1.7 aperture, rearranged sensor layout and smart OIS brings faster and better performance. It is the first ‘Dual Pixel’ feature on smartphones for faster autofocus. This feature is found only on DSLRs.

The company has also given into some consumer feedback and brought back waterproofing and dust resistant capabilities that went a miss on S6. Similarly, the company also brings back expandable storage. However, it’s a hybrid tray, which means either you can use dual SIM mode, or one SIM while the other holds microSD card up to 200GB. The device is slightly heavier and thicker than the S6.

Besides, both devices are a mix of metal and glass, just like the predecessor Galaxy S6. With a IP68 rating, making it dust and waterproof, the device can be submerged in more than a meter deep water for up to 30 minutes. The company has also not opted for the USB Type-C port and is going ahead with the micro USB port. The reason is the traditional microUSB is compatible with  its Gear VR headset and the USB C isn’t quite ready to go mainstream. That’s a good move and we wouldn’t agree any more.

The Galaxy S7 runs Android 6.0 Marshmallow, along with a layer of the TouchWiz. One can expect a new Game launcher, Samsung Pay and Knox security software. The S6 hasn’t received Marshmallow update yet, but it is said to be on its way.

The Galaxy edge design was a major overhaul last year, and the company has slightly refined it this year. The S7 is a bit larger at 0.9 x 72.6 x 7.7mm and a little heavier at 157g. Thge highlight of the device was its dual edge display, and the company has spruced up the performance. It has a larger 5.5-inch dual edge display, smaller than the 5.7-inch seen in the Galaxy S6 edge+. The edge can be used to access more task such as People, Apps, Night clock, Tasks, Quick tools and also has a customizable handle. Besides, the devices get 4GB RAM along with 32GB and 64GB onboad storage option. It evcen allows up to 200GB microSD card, which is a bonus. The battery is bumped up to 3600mAh battery, while most of the other specs remain almost similar to the Galaxy S6 edge.

Take a look at the infographic below that compares the Galaxy S7 edge to Galaxy S6 edge.