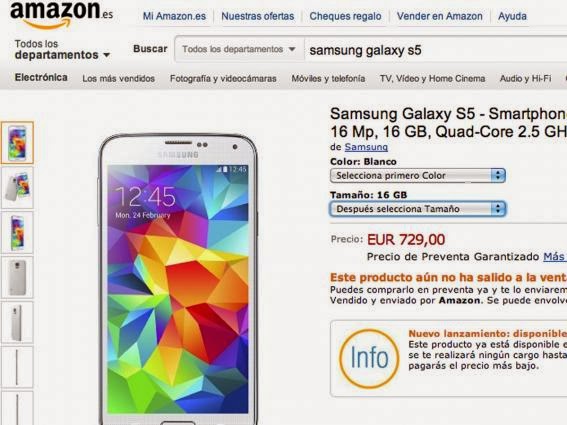 If you’re living in the UK and are intrigued by Samsung’s latest handset, we’ve got some good news for you. UK-based retailer Clove has listed the Galaxy S5 on pre-order for £499.99 (£599.99 after taxes), which comes out to around $1000. The price is for the 16 GB version of the Galaxy S5, with no mention of how much the 32 GB variant would retail for. Amazon Spain has also listed the 16 GB version of the Galaxy S5 for €730, which comes out to £600. The pricing is contradictory to rumors that indicated that Samsung was looking to offer the Galaxy S5 for lesser
than what the Galaxy S4 cost when it launched last year. The Galaxy S4 debuted for around $650 to $700 across the globe, so it is theorized that this is the price point that Samsung is targeting with the Galaxy S5.
The South Korean manufacturer is said to be launching a higher-end model of the Galaxy S5 in May that features an all-metallic chassis and better hardware. This metal-clad device is said to launch a new line of premium handsets in the Galaxy F line. However, there is no concrete evidence that Samsung is working on such a handset. What we do know is that the Galaxy S5 will launch globally on April 11, and that it will be available on all major carriers, whatever its price. 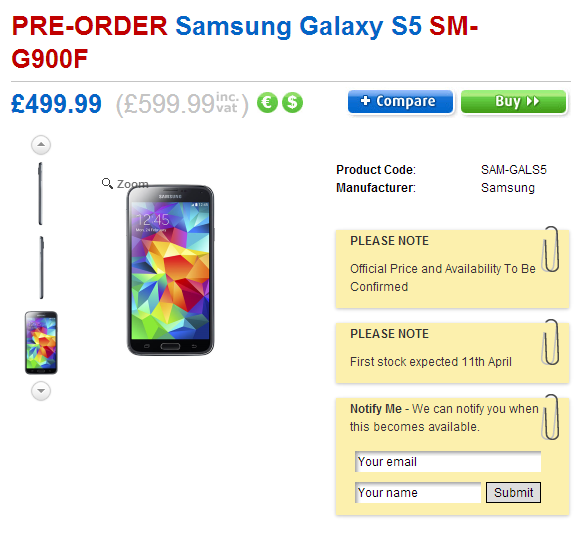