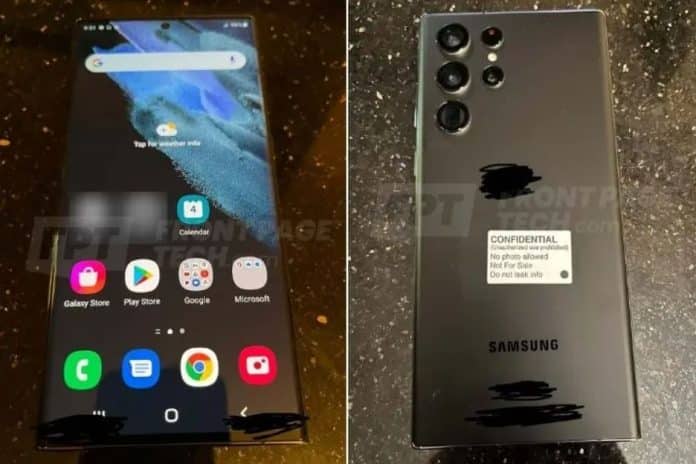 Samsung is working on its next-generation flagship smartphone series, the Galaxy S22 series, which is expected to appear in February of next year. Although multiple high-quality Galaxy S22 renderings have leaked in the past, fresh sources indicate that Samsung intends to launch the Galaxy S22 series internationally with the Snapdragon 898 processor. Instead of introducing the series with the expected Exynos 2200 chipset in certain areas, the smartphones will be available in all markets with the Snapdragon 898.

The information comes from Super Roader, a Korean YouTuber (via LetsGoDigital) who claims to be a former Samsung Electronics employee. Super Roader disclosed in one of his most recent videos that Samsung plans to use the forthcoming Snapdragon 898 processor in all of its Galaxy S22 handsets across the world.

The chipset in question is expected to arrive at the end of this month or the beginning of next month. It’s expected to have the new Cortex X2 core, which will enhance performance by 16 percent over the previous generation. It will also include Samsung’s 4nm manufacturing process, Qualcomm’s newest X65 modem, and the Adreno 730 GPU.

When it comes to the reason why Samsung chose Qualcomm chips for its next-generation flagship products in all countries across the world, the YouTuber points to the current worldwide chip scarcity. The present chip position in the market, according to Super Roader, has prompted Samsung to decide to launch its Galaxy S22 series using CPUs from a single manufacturer.

Due to a chip supply constraint, Samsung has allegedly postponed the debut of the Galaxy S20 FE successor, the Galaxy S21 FE, until 2022, and has canceled the Note 21 launch earlier this year.