Samsung Galaxy Note 4 to be launched in India today 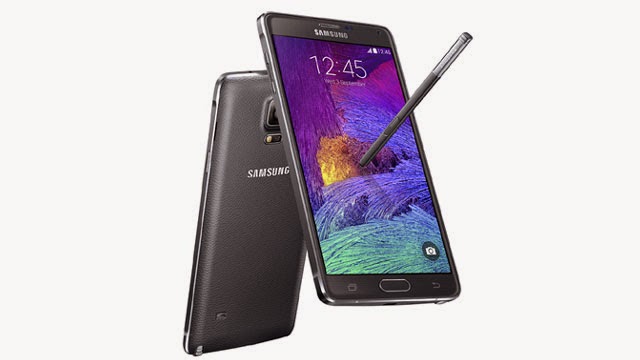 The  Samsung Galaxy Note 4 is all set to launch in India today at an event in New Delhi. The pricing will be announced during the launch, but a direct conversion from the US pricing indicates a price of around Rs 56,000 in India.

Samsung recently launched the Galaxy Alpha. At the event, Asim Warsi, Samsung India VP for mobile and IT, assured that the Galaxy Note 4 would be launched before Diwali. According to a senior executive, Samsung is expecting to see a rise in its sales in the three-month period post the start of the festive season, ie. from October to December.

The Galaxy Note 4 will feature a QHD display and at 5.7 inches, the display is suitably large.  It’s a Super AMOLED display and it’s covered by 2.5D Gorilla Glass 3. It features curved sides to make swiping from the edge easier. The Galaxy Note 4 will have a revamped S Pen stylus that offers better grip and more functions. It can be used to resize compatible apps to use two apps simultaneously. The accompanying software has been spruced up for a cleaner look. Snap Note turns photos of printed documents and text into editable text, like an OCR editor. In terms of processing speed, expect two powerful variants; one with Snapdragon 805 chipset, which brings LTE Cat 6 support and another with Samsung’s Exynos 5433 chipset and LTE Cat 4 connectivity. The Note 4 will run Android 4.4 KitKat at launch and with the proprietary interface on top. Connectivity options on the Note 4 are top-of-the-line too with Wi-Fi ac, GPS with Glonass, NFC, Bluetooth v 4.1 (BLE,ANT+), IR LED, USB 2.0, and MHL 3.0. It will come with a 16MP rear camera with optical image stabilisation.

The wait isn’t long now. With the flip-flop regarding the dates of the Apple iPhone 6 and iPhone 6 Plus launch, Samsung will definitely have an advantage if it launches by Diwali.