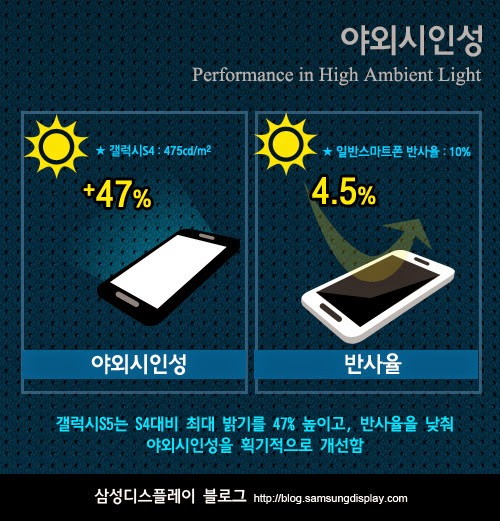 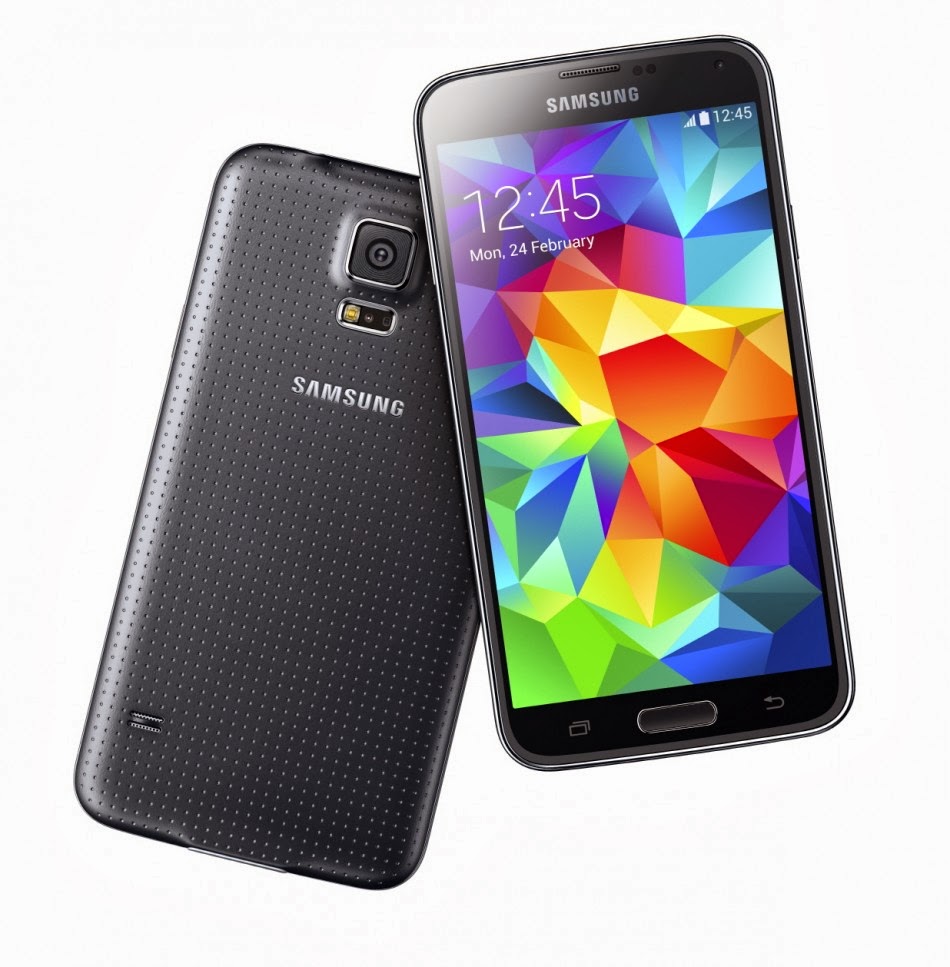 That the Galaxy S5′s display is the best the Korean manufacturer has ever put on a smartphone is something that has already been confirmed by the experts at DisplayMate, who went into detail about how the Super AMOLED display on the S5 improves on previous Samsung displays in almost every aspect. Now, Samsung Display has come up with an official post confirming DisplayMate’s findings, while offering explanations of its own about the features of Galaxy S5′s display.
The biggest achievement for the Galaxy S5 display is touted to be the high brightness levels – it can attain 698 nits of brightness level when exposed to direct sunlight, making it the brightest OLED display of any
smartphone. The display is also coated to reduce its reflectance level, which combines with the high brightness levels to offer great outdoor visibility, something that has been something of a weak spot for the company’s AMOLED panels in the past. 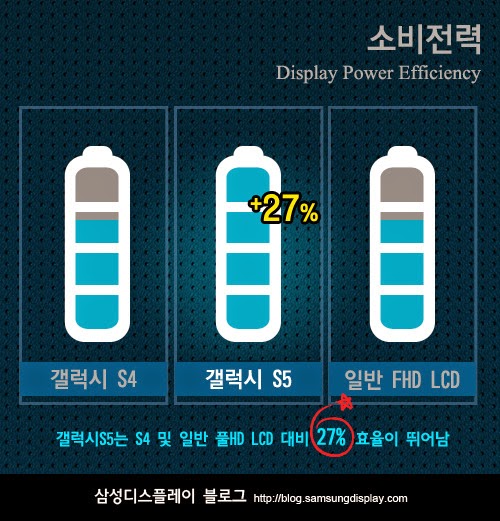 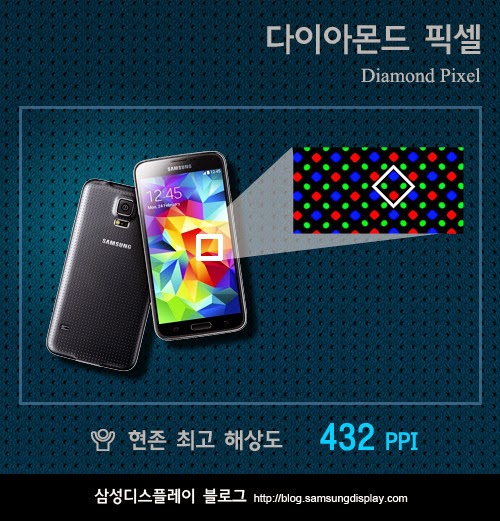 Samsung Display also talks about things like the diamond pixel arrangement of the display, and its power efficiency (27 percent more efficient than Full HD LCD displays of the same size). It’s basically another confirmation, this time from the horse’s mouth, that the Galaxy S5 has one of the nicest displays ever seen on a smartphone, and also goes to show how far Samsung’s AMOLED displays have come in a matter of four years.

Check out the source link for more details.