Samsung could launch Galaxy Note 4 on September 3: Here’s all you need to know 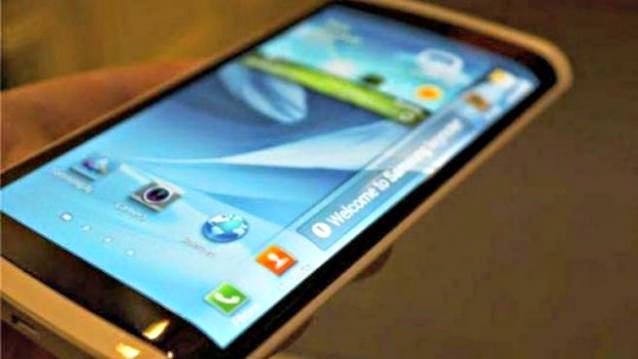 Galaxy Note 4 is rumoured to have a bent Yuom display such as this demoed by Samsung earlier.

Samsung’s presence at IFA guarantees one thing, at least based on their past experience at the event. In all likelihood, Berlin will be where Samsung will unveil the much-anticipated Galaxy Note 4. And according to a report in Korea Times, the date of the announced will be September 3 before IFA even kicks off.

That date is tantalising coming so close to the iPhone 6 launch, which is rumoured to happen on September 12. In fact, we can expect Samsung to bring in two new phones, as teased by a company executive this week. However, not both phones will arrive at the same time. And the Note 4 looks like the one which will have a bigger stage for itself.

As for the Note 4′s specs, we can expect Samsung to throw in all its high-end technology into the phone.  “Samsung will hold an event to announce the Note 4 on Sept. 3, just few days before this year’s IFA trade fair in Berlin, Germany Europe’s biggest technology exhibition,” the report said.

Samsung has launched the Galaxy Note series at or around IFA on all three occasions in the past. The rumoured specs of the Samsung Galaxy Note 4 tell a very interesting story and suggest Samsung may be pushing further into the health and fitness territory. For one, the Note 4 is said to come with an ultraviolet sensor, which can measure UV radiation and alert users about possible precautions they need to take through the S Health app.

Another rumour suggests the Note 4 will have a rumoured eye scanner. Other interesting APKs that were leaked in the past include SmartSelfShot, which could be a new method for taking selfies, as well as an updated version of S Health. A fingerprint scanner APK is also seen, but that was present on last year’s Note 3 leaks also, even though the device didn’t have a scanner. However, given that Samsung put a fingerprint scanner on its excellent Tab S range, we can expect one on the Note 4 too.

One of the first rumours about the Note 4 earlier this year had pointed towards a 2k display, something we were expecting to come with the Galaxy S5. The report also spoke about water-proof abilities and a20.1MP sensor for the Note 4. One of the most consistent rumours is about Samsung’s use of a bent or flexible display in the Note 4, thanks to technology developed under the Yuom project. There were hints about support for Samsung’s upcoming Gear VR headset, which could be announced at IFA too.

On the processing speed front, the device is speculated to pack in an octa-core Exynos CPU or a Snapdragon 800-series SoC, coupled with 4GB RAM. The company might as well build both variants, and as seen earlier. Speculation is that the Note 4 will have global LTE coverage. The rumoured feature list also includes 128GB onboard storage, though that seems like a long shot at the moment, a new handwriting-recognition technology for unlocking the device and a battery ranging between 3600mAh and 3800mAh, which would give it enough power to last the day.