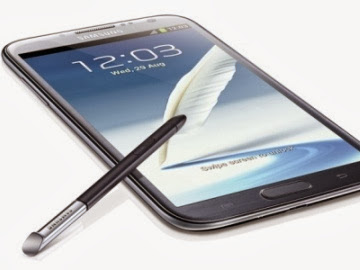 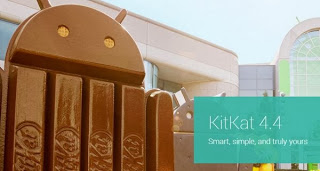 Android 4.4 KitKat isn’t a massive update by any stretch of the imagination. Instead, it continues Google’s
trend of incrementally improving the foundation that was left behind by Android 4.0 Ice Cream Sandwich and Android Jelly Bean. With Android 4.4 KitKat, users will get some new features and enhancements that work to improve the overall Android experience. The look and feel of the software remains the same.
In early November, we saw a number of companies uncharacteristically confirm Android 4.4 KitKat upgrades. HTC, Motorola and Sony were hot out of the gate with details and HTC in particular launched an ambitious Android 4.4 KitKat plan for its flagship HTC One. And while those companies were forthcoming, other companies remain silent. LG, and maybe more importantly, Samsung remain silent about Android 4.4 KitKat.
This isn’t surprising. Samsung usually doesn’t offer early details on updates and the company has been in the midst of a grueling Android 4.3 Jelly Bean process that has zapped a ton of its time. Still, that hasn’t stopped consumers from demanding information or, at the very least, being curious about when Samsung’s devices will see the update.
Make no mistake about it, Samsung will upgrade devices with Android 4.4 KitKat. It’s just a matter of which devices and when. Already, we’ve heard a few rumors about Android 4.4 KitKat updates for the likes of the Galaxy S4, Galaxy S3 and Galaxy Note 2 and today, we’ve seen new information emerge.
On the heels of this new alleged leak, it’s time to take a look at all of the Samsung Android 4.4 KitKat update rumors and break them down ahead of the start of thew new year.

This document alleges several things. The first, that the Samsung Galaxy S4 Android 4.4 KitKat update is being targeted for a release. The expected release date for the Galaxy S4 Android 4.4 KitKat update is, according to the document, January. Unfortunately, this rumor isn’t guaranteed to come true.
HTC, one of Samsung’s biggest Android competitors in the United States and elsewhere is going to be upgrading its HTC One flagship with Android 4.4 KitKat relatively soon. The software is expected to roll out for users in the United States by the end of January.
Samsung usually isn’t too far behind, at least not with its flagships. In fact, in recent years, it has beaten HTC to the punch. Android 4.4 KitKat has already rolled out to the Moto X as well and we can’t see Samsung falling that far behind the curve with its current Galaxy S flagship.
Keep in mind, target release dates often get pushed back or changed so while Samsung may be shooting for January, there is always a chance that it will have to move things back. At the moment though, given how quickly we’re seeing Android 4.4 KitKat updates and information emerge, early 2014 seems like the best candidate.

The Samsung Galaxy Note 3 Android 4.4 KitKat update is also rumored for January. Again, there is really nothing to dispute this at the moment so for now, this is the only rumor that Galaxy Note 3 users have to go on. The only problem that we have with this timing is that Galaxy Note devices have always proved to be complicated when it comes to the timing of updates.

More often than not, Samsung’s Galaxy Note flagships are a little behind the flagship Galaxy S when it comes to software release dates so we wouldn’t be surprised if Galaxy Note 3 owners saw the update roll out a few days or even a few weeks after the Galaxy S4 gets its Android 4.4 KitKat upgrade. At the moment though, these two updates appear destined to land in the beginning of the year.

The leaked document alleges that the Samsung Galaxy S3 Android 4.4 KitKat update could be arriving in March or April. It’s a broader release window than the ones for the Galaxy S4 and Galaxy Note 3 and assuming that it’s real, means that Samsung likely isn’t as sure about the release date. This is the only rumor that we’ve seen emerge for the Galaxy S3 Android 4.3 Jelly Bean update, something that helps to make the future cloudy.
Samsung is certainly going to make the Galaxy S4 and Galaxy Note 3 updates its priority so the gap between the releases does make sense. Samsung also tends to offer around two years of software support for its flagship devices. The Galaxy S3 turns two in May. The release date rumor is creaky at this point given the wide range of dates but we would be surprised if the Galaxy S3 missed Android 4.4.

The Samsung Galaxy Note 2 is in the same boat. Rumors point to a release in March or April. Again, Galaxy Note 2 users should temper expectations. Galaxy S updates tend to roll out first which means that the Galaxy S3 Android 4.4 update should come before the Galaxy Note 2′s. There is usually a gap of a few weeks involved.

The rumor and the release window are flimsy but again, we highly doubt that the Galaxy Note 2 will skip Android 4.4. It has only received one major upgrade since it was released last year and its hardware is still up to snuff.

Samsung hasn’t said it but we’ll say it for owners. While Google may have optimized the Android 4.4 KitKat update for devices with 512MB of RAM and above, that likely won’t save the Galaxy S2. It’s more than likely not getting Android 4.4 KitKat.
For one, Android 4.2 Jelly Bean seems to be out of the picture. So does Android 4.3. And the leaked document that supposedly details the devices that Samsung is considering for Android 4.4 KitKat updates doesn’t even mention it. Galaxy S2 owners are likely going to remain on an aging version of Jelly Bean, something that isn’t surprising given how old this phone is.

Earlier today, the usually reliable SamMobile leaked a document that insinuates that Samsung is currently looking into Android 4.4 KitKat updates for a number of devices. On the list are the Samsung Galaxy S4 Mini, Galaxy S3 Mini, Galaxy Ace 3, Galaxy S Advance, Galaxy Ace 2, Galaxy Core, Galaxy FAME and the Galaxy Fresh. These are all mid-to-low end phones though at least some of these seem likely given their age and the 512MB optimization that Android 4.4 KitKat brings.

While we haven’t seen anything yet, we would be shocked if devices like the Galaxy Tab 3 and the Galaxy Tab 10.1 2014 Edition did not get upgraded to Android 4.4 KitKat, even if their adoption rates are low. Keep in mind, it’s early and we expect more rumors to pour out of Samsung as we get closer to the actual release dates.
Something else to keep in mind is that these dates don’t pertain to carriers in the United States. In the past, U.S. carriers have been weeks, sometimes months behind the curve, so while some devices may see updates in January, March, April and so on, U.S. carriers may not adhere to that timing.