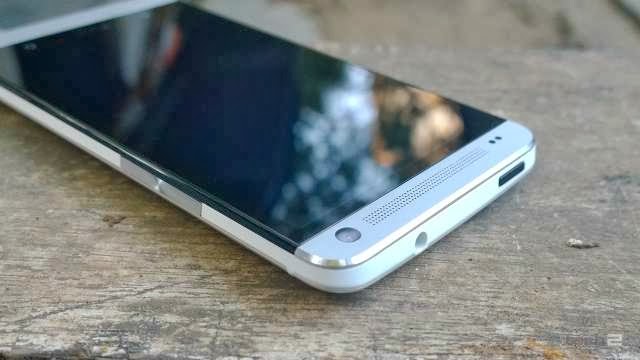 The HTC One remains an object of desire for many aspiring Android owners. Its beautifully crafted body coupled with that slick Sense UI is unmatched amongst the competition. Despite having launched it in an official capacity earlier this year, availability was a big issue and when it did finally hit retail, the pricing was simply absurd. Sadly that continues to be the story even today and the dual SIM version continues that trend. Built on the exact same specifications as the One, the dual SIM version adds an extra SIM slot and a micro SD card slot and that’s about it. However, with a price tag of almost Rs 50,000, is it justified?

Design and Build
The unibody aluminium design of the One hasn’t gotten old yet and is still a beautiful piece of engineering. What’s remarkable is that HTC hasn’t messed with the design language despite adding a removable back cover.

One of the best designs out there

The aluminium cover easily detaches thanks to a little latch on the side. Since this wasn’t the final retail unit, the 3G SIM slot didn’t seem to detect any of our SIM cards so we had to stick to the GSM slot for this review. The microSD card slot accepts cards up to 64GB in capacity. Due to this addition, the weight has increased by 13g and it’s a bit thicker as well at 10.4mm. Apart from this, it’s business as usual.

Inside the One dual sim

Features
The One dual sim packs in the same Super LCD3 display with a Full HD resolution giving you a super sharp pixel density of around 440ppi. Colours are vibrant and punchy and text and icons looks really nice which makes it one of the best displays around. There’s Corning Gorilla Glass 2 for protection as well. Android Jelly Bean is skinned heavily but that’s actually a good thing this time around. Sense v5 looks really slick and BlinkFeed is a neat way to check your social media and news updates. Be warned though as it’s a real data hog and can easily gobble up a significant amount from your monthly limit.

BlinkFeed is fun to use but hogs a lot of data

The phone is powered by the same Qualcomm Snapdragon 600 SoC as the One. The four cores have the ability to ramp up to 1.7GHz and there’s 2GB of RAM to keep them happy. All this makes for a blazing fast experience and we hardly noticed any lag during multitasking.

Media
You get 32GB of onboard storage for your music and videos along with the ability to expand it further. Beats Audio is now available for headphones as well as the loud speaker with HTC’s BoomSound. This leaves you with a great audio experience even without headphones. The media player easily manages popular audio and video formats, including 1080p video. HTC’s video player also adds support for lyrics, folder view and visualisations.

Connectivity
The One dual sim supports HSPA speeds over the 3G slot and is also quad-band GSM ready over both SIMs. Along with this, we also have Wi-Fi ‘ac’, Wi-Fi Direct, DLNA, NFC, GPS, IR and GLONASS. Video support is also present in the form of MHL. HTC has also thrown in quite a few handy features, including a Kid Mode, Smart Connect, stock market app, voice recorder, flashlight, LogMeIn app, Polaris Office, PDF viewer and 25GB of Dropbox space.

Camera
The primary camera module is a 4MP or Ultrapixel sensor and we have a 2.1MP sensor in the front. Both modules support 1080p video recording and do a great job in low-light. The camera is similar to what we saw on the HTC One so while photos look great on the phone’s display, they aren’t exactly print quality. It’s more than enough for sharing on social media though. There are plenty of features to go around like HDR, burst mode, etc but the best is Zoe mode. Rather than having to select an effect before shooting, Zoe lets you capture a burst of images and then manipulate them at your convenience. Zoe remains one of the best implementations of its kind when compared to LG’s and Samsung’s similar offerings.

Battery Life
The One dual sim packs in the same 2300mAh, non-removable battery from its predecessor so naturally, there’s no improvement in this department. The handset managed to complete our 8-hour loop test but only just, with 3 percent battery remaining. This means, with 3G or even two active SIM cards, we’re looking at a much lower battery life and you’ll definitely need to charge it before the day is out. On the bright side, the phone doesn’t heat up as much as its single-SIM brethren did.

The HTC One dual sim is priced at a very steep Rs 53,590, which is the same price as the new Apple iPhone 5s. This is the official price from HTC so you can find it for a little less online. We fail to see why the addition of an extra SIM and storage expansion on an Android has led to a price difference of nearly Rs 10,000 between this and its single-SIM brethren. Needless to say, it’s highly overpriced and if you were to spend this much on a phone, you’re better off with the iPhone 5s.