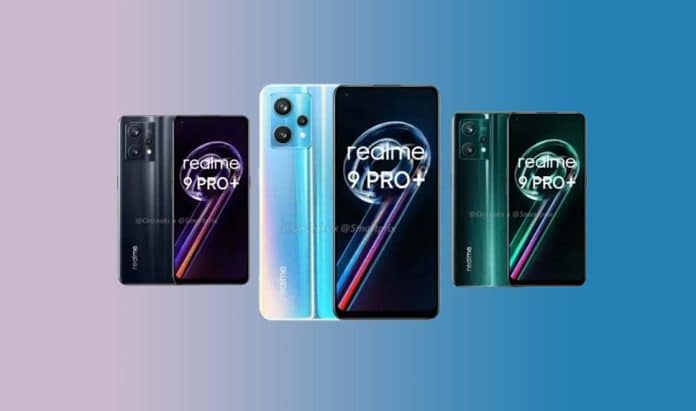 The MediaTek Dimensity 920 5G SoC has been confirmed for the Realme 9 Series.

Realme has released a few information regarding its future Realme 9 Pro+ smartphone today, after introducing the budget-friendly Realme 9i with Snapdragon 680 SoC in the worldwide market and India earlier this month. The Chinese company announced in an official press statement that its next-generation Realme 9 Pro series would be all-5G, with the 9 Pro+ becoming one of the first smartphones to utilise the MediaTek Dimensity 920 5G processor.

Dimensity 920 5G will be Included in Realme 9 Pro+

The Realme 9 Pro series, according to the press release, would be the company’s first smartphone to bear the “Pro+” name. It will be one of the first smartphones to use MediaTek’s Dimensity 920 5G SoC, which was initially unveiled in August 2021.

The Realme 9 Pro series, according to the press release, will include the company’s first Smartphone with the “Pro+” name. It will be one of the first smartphones in the world to use the MediaTek Dimensity 920 5G SoC, which was unveiled in August 2021.

The Dimensity 920 5G is a 6nm octa-core CPU. It has 2.5GHz Cortex-A78 processors and an integrated Mali-G68 GPU. The chipset also has support for up to LPDDR5 RAM, dual 5G networks, dual VONR, and Wi-Fi 6 technologies.

There isn’t much information about the Realme 9 Pro series’ essential specs and features right now. However, respected leaker Steve H. McFly, aka OnLeaks, has teamed up with Smartprix to unveil some high-resolution renderings of the Realme 9 Pro and 9 Pro+.

The Realme 9 Pro+ will be available in three colour options, according to the report: Midnight Black, Sunrise Blue, and Aurora Green. The device’s renderings may be found just below. The firm is expected to sell the Realme 9 Pro in the same colour options as its higher-end brother.

The Qualcomm Snapdragon 695 5G chipset is speculated to be inside the Realme 9 Pro, while the MediaTek Dimensity 920 5G SoC is verified to be inside the 9 Pro+. Both smartphones are believed to include a triple-camera configuration on the back and a 16MP front camera. The higher-end Pro+ model is believed to include a 50MP + 8MP + 2MP camera system, whilst the Pro model will have a 64MP + 8MP + 2MP arrangement.