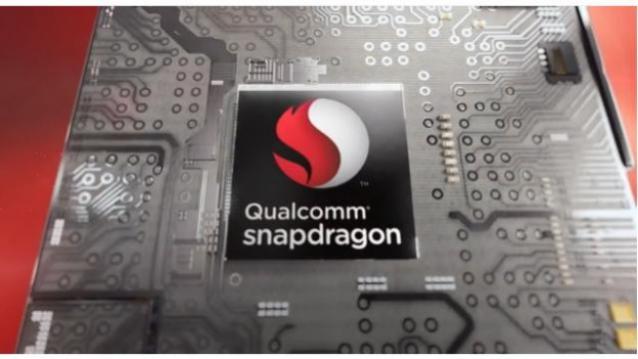 Qualcomm has finally announced the successor to its 810 chipset – the Snapdragon 820 system on chip. Snapdragon 820 SoC will also mark the return on Qualcomm’s custom processors, with Qualcomm Kyro CPU being part of the 820 SoC. Devices sporting Qualcomm Snapdragon 820 will only start hitting the markets in the first half of 2016, ideally from March – April onwards.

Qualcomm already claims to have around 60 design wins.

Kyro CPU is Qualcomm’s first custom designed 64-bit quad-core processor. It is based on Samsung’s second-generation 14nm FinFET technology and has a clock speed going up to 2.2GHz. According to Qualcomm, the quad-core Kyro CPU offers a 2x performance and 2x efficiency jump as compared to Snapdragon 810. It uses Qualcomm’s Symphony System Manager as a resource management tool for task scheduling and power management. Qualcomm has also employed its Hexagon 680 DSP to improve performance and battery life by activating an ultra low-power mode with always-on sensors as well as low-power image processing.

On the graphics front, you will get Adreno 530 GPU which according to Qualcomm offers 40% improvement in graphics performance, compute capabilities and power usage vis-a-vis the Adreno 430 GPU. Up to 25MP camera sensors will be supported by the Snapdragon 820 thanks to a 14-bit Qualcomm Spectra image signal processor being used which aims to keep lag minimal.

Qualcomm has used X12 LTE chipset for theoretical upload speeds of 150Mbps and theoretical download speeds of up to 600Mbps, which is 33% faster peak download speeds than that seen on X10 LTE on Snapdragon 810. When it comes to Wi-fi, Qualcomm will support 802.11ad and 802.11ac 2×2 MU-MIMO standards. Also this will be the first commercial SoC to use LTE-U which allows the chipset to access LTE in both licensed and unlicensed spectrum.

Quick Charge 3.0 will be seen on the Snapdragon 820 SoC. Qualcomm claims that it is 38% more efficient than Quick Charge 2.0. It will also support Qualcomm WiPower for wireless charging.