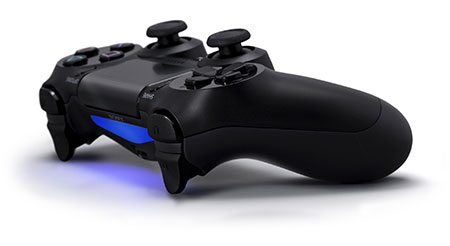 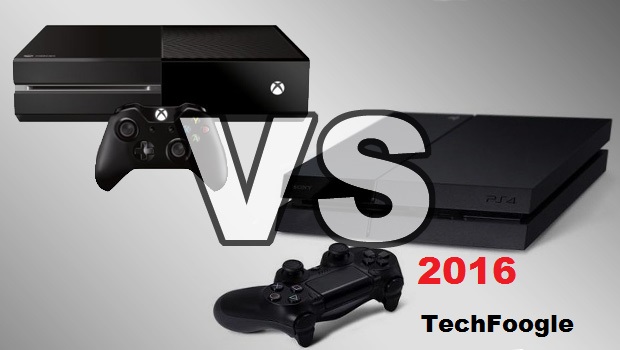 How have the Xbox One and PlayStation 4 done so far? Before we delve into qualitative debates regarding games, hardware and software experiences, let’s take a look at the best indicator of a console’s popularity: sales numbers. Microsoft, by last count, has sold around 20 million Xbox One units while Sony has managed to move double that number. Even in the United States, the home turf of Xbox, the PS4 has managed to outsell its rival consistently.

In India, there has been even less of a contest. It certainly did not help that the Xbox One was launched in India nearly a full year after its international launch (when Sony launched the PS4 a mere two months after). Amazon exclusivity did not help its cause either, particularly when Xbox One units were readily available in the grey market, sometimes a full Rs 10,000 cheaper than the official units.

Add overpriced first party games (Retail copies of Halo 5 and Uncharted 4 at launch were Rs 4,699 and Rs 3,999 respectively), and inferior visual fidelity and performance of multiplatform titles to its list of woes. In addition, it certainly seems like the Xbox One should check into some sort of therapy — it certainly has been through a lot.

Since launch, both console interfaces have undergone a series of changes. I think it’s safe to say that both are arguably in the best place they’ve been in terms of user experience. In terms of hardware, we have witnessed a dramatic improvement over previous generation consoles. Gone are the days of Red Rings of Death and Yellow Lights of Death — this generation’s consoles may not be perfect, with auto disc ejections, failing drives, overheating, and India-specific heat and dust related problems, but they’re far less frequent.

Nevertheless, there is a disparity with respect to the consoles’ primary input device: The DualShock 4 and Xbox One controller. While using either is a matter of preference, having used both Sony’s and Microsoft’s controller sans protective accessories, I can tell you that the DualShock 4 is far less durable. Using the DualShock 4 without a rubber thumb grip is ill advised, as the rubber on the tips of the analog sticks is very prone to wear and tear. The Xbox controller just feels more durable — almost as if it’s expecting you to be locked in a room with the lights off playing Black Ops III all year with sweaty palms.

Microsoft also allows you to purchase the somewhat-steeply-priced Xbox One Elite controller for US$150. While majority opinion is that this is an excellent investment if you have the money, there have been reports that it isn’t nearly as sturdy as suggested. If the quality of the stock controller is anything to go by, however, I’m likely to have faith in the build quality of the Elite controller.

Games: Past and Present

Neither console particularly impressed us with its launch catalogue. Dead Rising 3, Forza 5 and Ryse: Son of Rome received lukewarm response from gamers and critics alike, while the PS4 probably slightly edged it with the impressive visual tech demo that was Killzone Shadow Fall. Knack on PS4 failed to get anybody interested, while frantic indie shooter Resogun took the crown of best next-gen launch title. Gamers did their best contain their disappointment, but there was always going to be hope in the coming months.

There are some Xbox One experiences which stand out: Inside, a game is quite exceptional, while Ori and the Blind Forest is worth playing as well. In terms of triple-A blockbuster fare, Rise of the Tomb Raider, Forza Motorsport 6 and Halo 5: Guardians are good picks. Halo: The Master Chief Collection is a fun way to relive old Halo moments, but multiplayer launch troubles meant that most players had to endure quite a horrible experience for a longer-than-ideal duration.

Xbox 360 backwards compatibility was going to be the only way for Microsoft to expand the console’s lacking catalogue, and is arguably the best thing to have happened to the Xbox One since launch.  It seems that Xbox players are more content playing Rockstar San Diego’s 2010 open-world Western, Red Dead Redemption than the alternatives, until the next big exclusive release of course.

The PS4 has done significantly better with its catalogue. Masters of the remaster, Sony can open a dairy farm with the millions milked from its PS3 catalogue. Reissues such as The Last of Us Remastered, Journey, Flower and Uncharted: The Nathan Drake Collection were all very well received by players and critics alike. It’s also had its fair share of smash hit exclusives such as Uncharted 4: A Thief’s End and Bloodborne.

More significantly, the PS4 has a larger player base for games that have released on both consoles. Quality of experience aside, there are more players of both Call of Duty: Black Ops 3, Destiny, Tom Clancy’s The Division (despite all DLC being timed Xbox One exclusives) and GTA V on PlayStation 4.

The Xbox One has a pretty good lineup of upcoming releases. Gears of War 4 looks great (despite the bland gameplay), while Forza Motorsport 3 looks like it could be the first open world racing game done right. After playing the disappointing Mighty No.9, however, I was a little concerned for Keiji Inafune’s Xbox One exclusive action-adventure game ReCore. Microsoft recently announced that the game would be US$40. The new pricing strategy is interesting, with the goal being to reach a broader audience. Hopefully, we’ll get a game that doesn’t compromise on production values to justify the price.

We Happy Few looks like it will fill the Bioshock shaped void in our hearts with its setting and narrative style (although the survival-focused gameplay distinguishes it). Scalebound sees Hideki Kamiya bringing his trademark over-the-top action to the table, while Dead Rising 4 and Sea of Thieves will have to show off more to get us interested.

The PlayStation 4 has an incredible set of upcoming games. There’s the new God of War, featuring Kratos’ magnificent beard and what appears to be an open world set in Norse mythology, among other things. Days Gone gives us the same feels experienced previously in The Last of Us, only with an open world, a few thousand more zombies and rowdy biker dudes.

We also know that The Last Guardian might actually release before Half-Life 3.

Guerilla Games’ Horizon Zero Dawn looks like it’s evolving into a nice little post-apocalyptic RPG. I can also confirm that David Cage’s Detroit: Become Human is definitely a David Cage game because nobody cares more about androids with feelings than David Cage.

Moreover, PlayStation VR is coming at an affordable(ish) price. Personally, I’m not entirely convinced by this VR thing in general, but I’m sure that if you put it into the hands of enough people and give them decent content, there’s going to be a market for it. Making it accessible is the first step, and while US$399 isn’t exactly cheap, it’s cheaper than the competition.

Ultimately, it looks like PS4 is winning this battle as well, but Microsoft has one more trick up its sleeve. With “Play Anywhere”, Microsoft is giving players the option of purchasing games on an Xbox One or Windows 10 PC and having access to them on both platforms. What’s more, friends lists and achievements are shared, and games will support cross-platform multiplayer.

While this is particularly fantastic for owners of midrange-or-higher Windows 10 PCs, I’m not sure if there’s an overlapping audience as big as presumed by Microsoft. I’m a little confused by the message which is basically saying “if you’ve got a Windows 10 PC and a PS4, you’re pretty much covered.” It’s understandable that they’re looking at tapping into the largest pool of gamers on any platform, but only time will tell if “Play Anywhere” is really going to be a game changer or a misguided step.