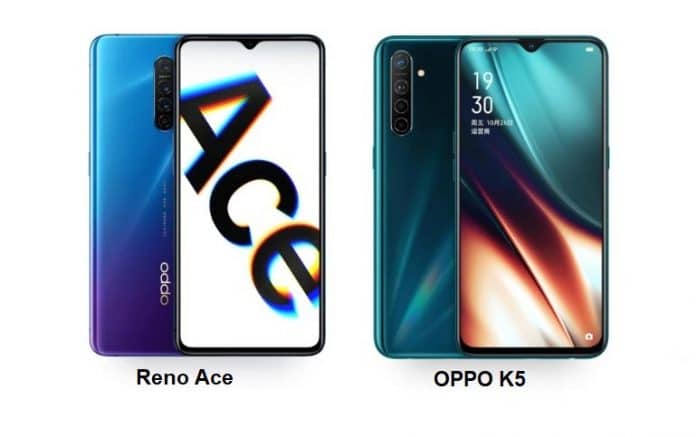 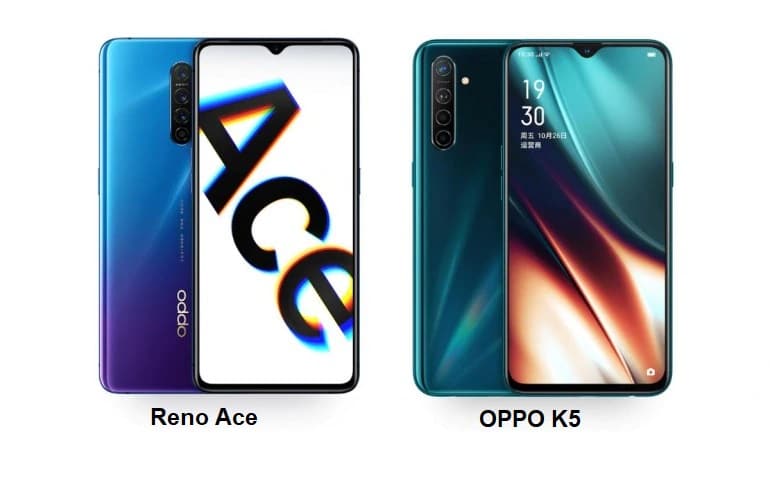 OPPO has launched its two new smartphones OPPO Reno Ace and OPPO K5 at an event held in China today. While the OPPO K5 is the company’s budget range device, the OPPO Reno Ace has been introduced in the premium range and its most special feature is 65W SuperVOOC Flash Charge support. Which can fully charge the battery in just 26 minutes. At present, the company has not given any information related to the launch of these phones in other markets. But it is expected that soon OPPO Reno Ace can be launched in India as well.

OPPO Reno Ace has a 6.5-inch 1080p OLED display with a 90Hz refresh rate. This phone works on Snapdragon 855 Plus processor. It has a 4,000 mAh battery with 65W Super VOOC fast charging technology for power backup. The quad-camera setup has been given in the phone for photography. Which has a 48 megapixel Sony IMX586 primary sensor. While 13-megapixel telephoto lens, 8-megapixel wide-angle lens, and 2-megapixel macro lens have been given. At the same time, there is a 16-megapixel selfie camera for selfies.

OPPO K5 has a 6.4-inch OLED screen with Waterdrop Notch and Full HD + resolution. The phone has an in-display fingerprint sensor and this phone works on the Gaming Centric Snapdragon 730G chipset. The storage of the phone can be expanded with the help of a MicroSD card. It has a quad-camera setup. Which has a 64-megapixel primary sensor, 8-megapixel wide-angle lens, 2-megapixel depth sensing, and a 2-megapixel macro lens. There is a 32-megapixel front camera for selfie. The phone has a battery of 4,000 mAh for power backup.