OnePlus One to open its hour long pre-order window today at 8.30pm 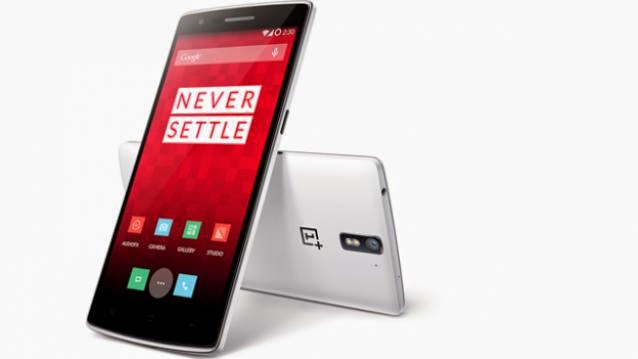 OnePlus One to open its hour long pre-order window today at 8.30pm

Chinese handset-maker OnePlus will open up its OnePlus One pre-order website today at 8.30pm. The pre-order will take place for one hour only – from 8.30pm to 9.30pm India time. This pre-order is only for the hardcore OnePlus followers, who have been eagerly awaiting the handset.

The OnePlus One 64GB Sandstone Black handset is priced at $349 or approx Rs 21,400. You can pre-order at most two handsets at a time.

You will need to register on the OnePlus website to be able to place the pre-order. The ‘Prepare my pre-order’ page is where you can fill in your shipping details, select which accessories you want along with the OnePlus One. Please note that in the list of countries that OnePlus is shipping to, India is not on the list. That’s the reason we mentioned that the pre-order came with a catch. You can either have the device addressed to your friends/relatives staying in these countries or go with shipping companies who deliver products to you at a nominal fee from international destinations. It shows only PayPal as the payment method.

According to credible sources in touch with Tech2, the OnePlus One is expected to officially launch in India in December with a price point of under Rs 25,000.

Being touted as the ‘flagship killer’, the OnePlus One comes with an impressive specifications list. As far as features of the OnePlus One phone go, it has a large 5.5-inch LTPS IPS display with 1080×1920 pixel resolution and offers a pixel density of 401ppi. The display comes with Gorilla Glass 3 protection and the same adaptive backlight technology that’s seen in some Sharp displays.

In addition, the phone is one of the few to have 3GB of RAM and is powered by the Qualcomm Snapdragon 801 SoC with a quad-core processor clocked at 2.5GHz with Adreno 330 GPU. There’s a a 13-megapixel rear IMX214 sensor with a six-lens array and f/2.0 aperture that boasts quick shutter speed of only 0.3-seconds. It also comes with a 5-megapixel front-facing camera.

There’s no microSD card slot in the phone, and the phone only comes in 16 or 64 GB on-board storage. Connectivity includes: 4G LTE (region dependent), Wi-Fi 802.11 a/b/g/n/ac, Bluetooth 4.0, and NFC functionality. The battery is rated at 3,100mAh and is non-removable.

Software wise, the One features a customised version of CyanogenMod ROM called CM 11S. It’s not unlike CM we know from custom ROMs but with some specific new features for this phone. The software is based on Android 4.4 KitKat.

The Xiaomi Mi3 had seen a massive support when it launched in India as it got high end specs under a sub-Rs 15,000 price point. While the OnePlus One will most certainly by over Rs 20,000, its feature set surely gives Mi3 some competition. But by the time the OnePlus One officially launches in India, Xiaomi will already be thinking of rolling out its Mi4 handsets.