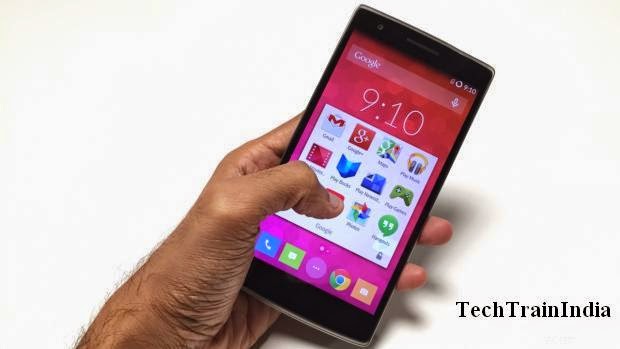 While OnePlus One’s official India launch date is nearing, next month to be precise, the general manager of OnePlus India has promised after-sales service to Indian users who’ve officially bought the One from OnePlus’ website.

In a forum message put up on Saturday, Agarwal said, “An Indian user who has bought the global version of the One from oneplus.net can now avail after-sales service locally. The standard warranty terms for India apply on all such requests.” Note that this will not extend to users who have bought the phone from online resellers such as eBay or other unofficial sites.

The Shenzen based company, which launched the One in April this year, is expected to launch the phone in India next month. We had a chance to review the OnePlus One and came away impressed.

As far as features go, it has a large 5.5-inch LTPS IPS display with 1080×1920 pixel resolution and offers a pixel density of 401ppi. The display comes with Gorilla Glass 3 protection and the same adaptive backlight technology that’s seen in some Sharp displays. In addition, the phone is one of the few to have 3GB of RAM and is powered by the Qualcomm Snapdragon 801 SoC with a quad-core processor clocked at 2.5GHz with Adreno 330 GPU. There’s a a 13-megapixel rear IMX214 sensor with a six-lens array and f/2.0 aperture that boasts quick shutter speed of only 0.3-seconds. It also comes with a 5-megapixel front-facing camera. Software wise, the One features a customised version of CyanogenMod ROM called CM 11S. The software is based on Android 4.4 KitKat.

There’s no microSD card slot in the phone, and the phone only comes in 16 or 64 GB on-board storage. Connectivity includes: 4G LTE (region dependent), Wi-Fi 802.11 a/b/g/n/ac, Bluetooth 4.0, and NFC functionality. The battery is rated at 3,100mAh and is non-removable.

Read our full review of the OnePlus One.