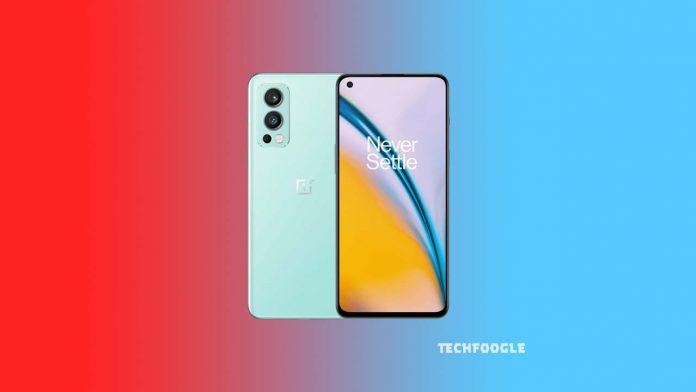 OnePlus Nord 2 5G India: OnePlus has revealed its successor in India, exactly a year after introducing the first budget-friendly OnePlus Nord smartphone. The device is known as the OnePlus Nord 2 5G and has the company’s trademark “flagship killer” nickname. The MediaTek Dimensity chipset, 50MP triple camera, 65W Warp charging, and other features are included in this 5G-enabled smartphone.

To begin with, the OnePlus Nord 2 has a design that is very similar to the OnePlus 9R. It has a flat display on the front with a punch-hole selfie camera and a rectangular camera module on the rear. The gadget is available in three colour options. The Blue Haze and Gray Sierra color variants have a gleaming back panel, while the Green Woods color version (India only) has a leathery back panel.

Let’s speak about what’s beneath the hood before we get into the other hardware details. The MediaTek Dimensity 1200-AI chipset powers the OnePlus Nord 2. Many people have been asking why the chipset’s name includes the term AI (artificial intelligence). The firm justifies this by including a slew of AI features across the board, whether it’s in the display, camera, or other places.

The OnePlus Nord 2 has the same display as the OnePlus Nord CE, which was released recently. A 6.43-inch Full-HD+ Fluid AMOLED display with a 90Hz refresh rate is included. The panel has a resolution of 2400 x 1080p, a 20:9 aspect ratio, and supports the sRGB color gamut. The device’s AI capabilities are the main focus here, and two major improvements have been added to the display section.

There’s also a single 32MP Sony IMX615 sensor on the front, rather than two punch-hole selfie cameras. It has a function called Group Shots 2.0 that can recognize up to 5 individuals in a shot. In selfies, the AI system may then enhance skin details and eye counters.

Returning to the internals, the onboard chipset can support up to 12GB of LPDDR4X RAM and 256GB of UFS 3.1 storage. There’s also a 4,500mAh battery pack with 65W fast-charging capability, which is larger than the original Nord’s 4,115mAh battery. The OnePlus Nord 2 5G ships with OxygenOS 11.3 (not ColorOS), which is based on Android 11.

Let’s start with the most often asked question about connection. How many 5G bands does the OnePlus Nord 2 support in India? The OnePlus Nord 2 supports a total of seven 5G bands in India. This covers the NSA bands n41, n78, n40, and n79, as well as the SA bands n1, n3, and n28a, in addition to the NSA bands. Wi-Fi 6, Bluetooth 5.2 (with support for aptX, aptX HD, AAC, and LDAC), NFC, a USB-C port, and other sensors are also included.

The basic model will be available at a later date, but the general sale for these phones will begin on July 28th. On July 26th, members of the OnePlus Red Club and Amazon Prime will get first access to the Nord 2.