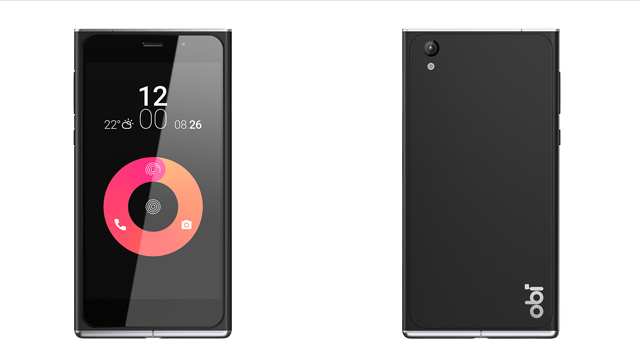 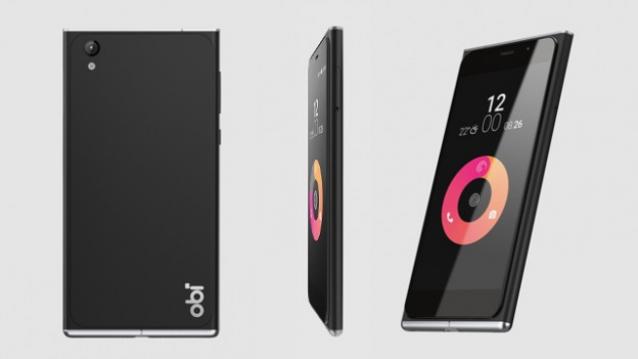 Aiming at the markets in Asia, Africa and the Middle East, Obi Mobile has launched two new smartphones – SF1 and SJ1.5.  SF stands for San Francisco and SJ for San Jose. We are at the event taking place in San Francisco and had the opportunity to spend some time with the device.

There are a few key observations in devices that Obi has launched today. For one, it’s called the Obi Worldphone. As per Obi, it’s a philosophy that it believes in fixing the gaps that exists in the smartphone market today. 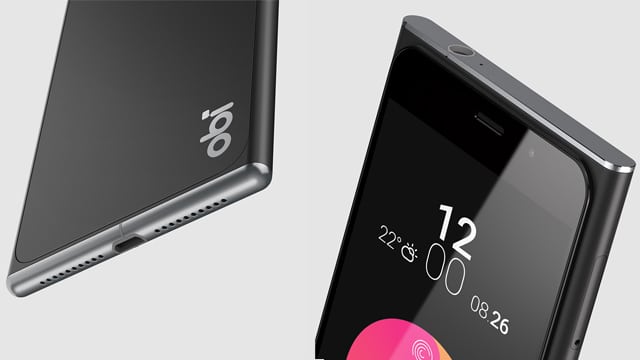 To build better designed phones, it has worked with Ammunition Design Studio. And the result is a blend between a unibody with metallic accents and polycarbonate body in the SF1 and SJ1.5, respectively. Overall the device is quite light.

The design is refreshing. For those who’ve used a Lumia, would associate with a rectangular and curved edges. The SF1 also has a ‘floating display’ as Obi calls it. This refers to a raised screen compared to the bezel around it. This makes it easier to swipe across the screen.

The SF1 sports a 5-inch display with a layer of Gorilla Glass 4 protection. Obi has decided to go with just one home screen (instead of the app drawer), and then on the next screen you go to the menu.

On the camera front, it comes with a 13-megapixel rear snapper, Sony IMX214 Exmor sensor and hybrid auto focus that promises split-second focus in any light. The camera uses Qualcomm ChromaFlash camera feature to quickly snap two photos. Users can select their focus after taking a picture through the Qualcomm UbiFocus camera feature and zoom in at a resolution beyond normal digital zoom levels, with images powered by the Qualcomm OptiZoom camera feature. Preliminary use showed that the camera seemed to focus well under low light conditions, but we will need to test it properly to give a complete verdict.

It is a dual SIM device with support for 4G/LTE. It runs Android Lollipop. It is powered by Qualcomm Snapdragon 615 processor along with 2GB or 3GB of RAM. In terms of performance it felt fluid enough. But we need to see how it performs with several apps installed. Both SF1 and SJ1.5 also come loaded with apps such as AVG Anti-Virus app, Swiftkey, AccuWeather, Clean Master and ColorNote.

The SF1 also features Dolby Audio and Qualcomm Quick Charge 1.0 power management technology. The SF1’s 3,000mAh battery can charge to full power in less than three hours, claims Obi. However, we can confirm that only once we’ve got the device in our labs and conducted our battery tests.

Disclaimer: This correspondent was invited for the launch event by Obi Mobile. Travel and accommodation expenses were borne by Obi Mobile.