Nvidia launches Shield, an Android TV console for $199; to be released in May 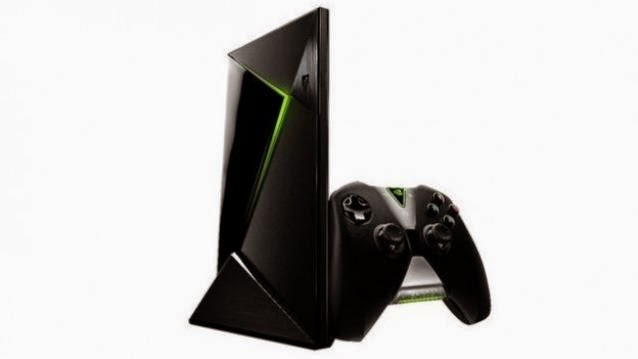 At the on going Game Developers Conference (GDC) in San Francisco, Nvidia announced Shield, a gaming-focused Android TV console or set top box. This will be the first 4K Android TV console which will support decoded 4K video at 60Hz, both while streaming and playing local content on native 4K TV sets. It is expected to be released in May at a $199 price point (approximately Rs 12,320).

This is Nvidia’s third Shield product, with the Shield gaming controller and Shield tablet being released in the past. The Android TV based console is powered by Nvidia’s top-of-the-line Tegra X1 system on chip. It comes bundled with a gaming controller and an optional non-gaming bluetooth remote, called Shield remote, which looks similar to Amazon TV’s remote. It offers 16GB of internal storage and offers a microSD card slot for expanding storage. There are two USB 3.0 ports if you want to attach an external hard drive. It supports 802.11 ac Wi-fi.

According to Jen-Hsun Huang, the Tegra X1 powered Shield console offers twice the performance of an Xbox 360 at half the power consumption levels.

Nvidia says that the Shield will be bundled with a gaming controller and it comes with support for around 50 curated titles at launch. Apart from this, you can also play other games from the Google Play Store or via sideloading.

If you already own a Shield controller or a Shield tablet and have some games installed on them, they will be playable with the Shield console as well.

The Shield console will support game-streaming using the Nvidia Grid. This allows users to play a selection of Windows PC games which will run on your Shield locally, but which are being remotely being played on Nvidia’s server farms that are much powerful machines. You can either use the Grid for free, via paid game rentals or Nvidia has plans to charge subscribers for a 720p streaming base subscription and a 1080p premium subscription. The pricing details aren’t known yet.