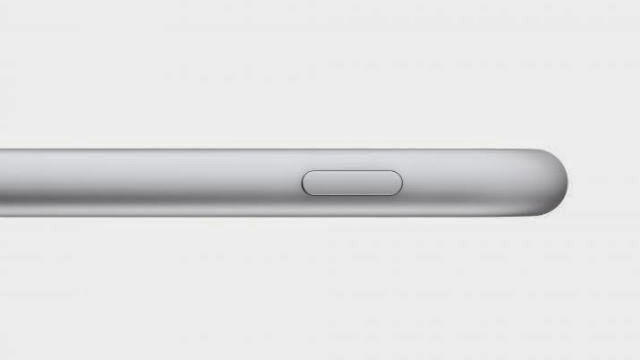 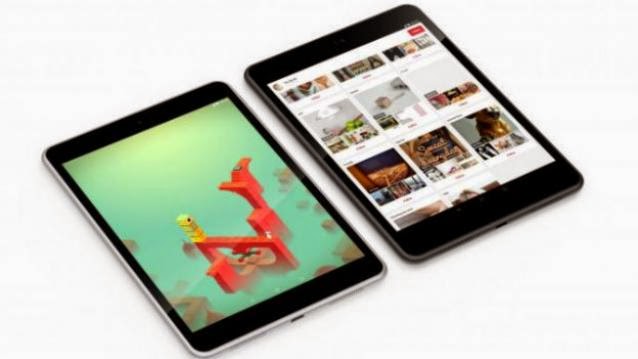 Nokia N1 tablet is out.

Nokia has made a surprise comeback into the world of consumer tech devices with the launch of its new Android tablet, the Nokia N1. The N1 runs Android Lollipop version, which is the latest build of the OS and features a 7.9-inch screen. It will launch in China first in February, followed by Russia although it’s not clear if and when the device will come to India.

As far as the tablet’s look is concerned, many are comparing it to the iPad mini. As this piece on The Verge notes, “Nokia’s first device after Microsoft is an iPad mini clone that runs Android.
Here’s a quick specifications comparison between the two tablets:

Design and Screen Nokia N1 has a 7.9-inch IPS LCD display with 2048 x 1536 pixel resolution. Its a zero air gap display and also gets a layer of Gorilla Glass 3 layer. Nokia has gone for a unibody aluminium design that is available in Natural Aluminum or Lava Gray colours.

Where design is concerned as the Verge points out this an iPad clone in every sense of the word. Just look at the video below, the buttons, the speakers at the bottom, even the camera is all very, very iPad-like.

As far the iPad mini’s screen is concerned, it’s the same as the Nokia N1 with a 2048×1536 resolution at 326 pixels per inch (ppi) for a 7.9-inch screen. Apple has introduced an anti-reflective coating on the tablet to reduce reflection and glare by 56 percent.

If you look at the N1’s design, it might remind you of the older iPhone 3GS design, except that of course this screen is much, much bigger. The Nokia N1’s screen is “fully laminated.” The tablet is also thinner than the iPad mini 3 and is only 6.9mm thick (iPad mini 3 is 7.5 mm thick) and weight 318 grams, while the iPad mini 3 weighs 331 g for the Wi-Fi only version.

Specs, Processor and Connectivity The Nokia N1 comes with a 64-bit Intel Atom Z3580 processor clocked at 2.3GHz and coupled with 2GB of RAM. It also includes PowerVR G6430 GPU. The N1 offers 32GB onboard storage, but there is no microSD card slot to expand it further. The connectivity options include dual channel 802.11a/b/g/n/ac Wi-Fi with MIMO, microUSB 2.0 and Bluetooth 4.0.

Side Key of the Nokia N1

As far as the iPad mini 3 is concerned, this one has a 64-bit processor A7 processor with M7 motion co-processor which isn’t an improvement at all from the earlier version of the device. The iPad mini 3 will come in three memory space options: 16 GB, 64GB and 128GB, which is where it is better than Nokia N1 if you are looking for more space. iPad mini 3 also has Wi‑Fi (802.11a/​b/​g/​n); dual channel (2.4GHz and 5GHz) MIMO and Bluetooth 4.0. It also comes with a fingerprint scanner on the home-screen, also called as the Touch ID by Apple.

Camera: The Nokia N1 beats the Apple iPad mini 3 here with an 8 megapixel rear camera and a 5 megapixel front camera for selfies. Considering that the iPad camera is 5 megapixel and only 1.2 megapixel on the front, the Nokia N1 is definitely well-ahead. If you want a tablet to click pictures with, the Nokia N1 will be what a lot of people might consider due to the better resolution.

OS: The iPad mini 3 runs iOS 8 which comes with its own features like HealthKit App, better notifications, Widgets, improved iMessages, etc. As far as Nokia N1 is concerned it runs standard Android Lollipop. Nokia has added a layer of its own Z launcher to the tablet as well, where users can simply scribble a letter to find their content quickly. With usage over time, the Z Launcher learns what applications are in use, and predicts and highlights the applications consumers might want to open. 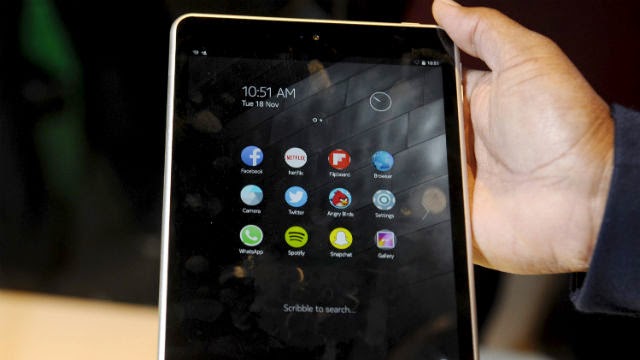 Nokia N1 during the launch. Reuters

Conclusion: Where specs and design are concerned Nokia N1 seems like a worthy competitor to the iPad mini 3, at least on paper. But given the decline of the tablet market, this won’t be an easy comeback for Nokia.