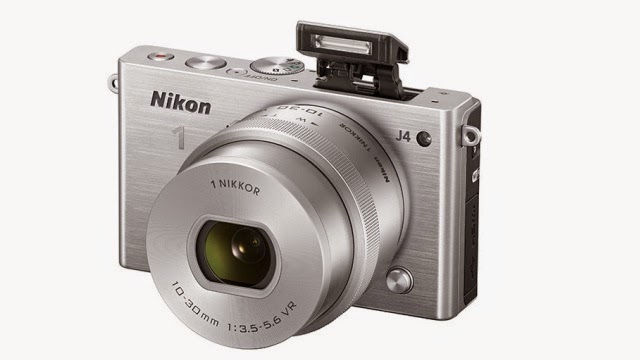 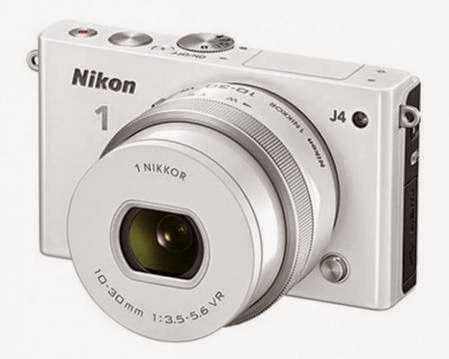 Nikon has finally launched its updated Nikon 1 series of advanced mirrorless interchangeable lens cameras namely the Nikon 1 AW1, Nikon 1 V3 and Nikon 1 J4 priced at Rs 39,950, Rs 43,950 and Rs 24,950 respectively with kit lenses. Of the three cameras, the V3 and J4  were announced in March and April of this year, the AW1 was announced in September 2013. All these cameras are expected to start selling from end of this month. 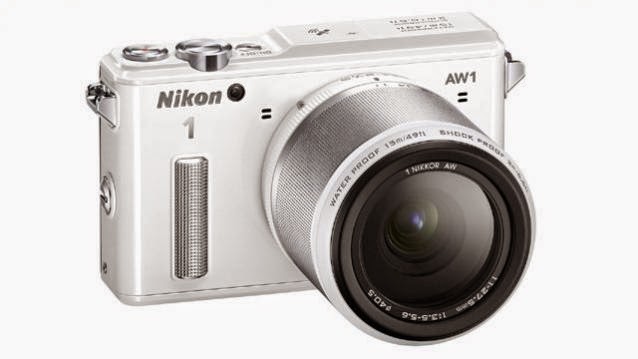 Nikon 1 AW1, according to Nikon, is the world’s first waterproof and shockproof mirrorless camera. It features a 14.2-megapixel CX-format CMOS sensor and Nikon’s EXPEED 3A image processing engine for high quality images and HD videos. The Nikon 1 AW1 also sports a wide ISO
range (160 to 6400), allowing users to capture sharp photos in a variety of lighting conditions, even while handheld. The camera comes with Nikon’s Advanced Hybrid Autofocus (AF) system that lets you capture moving action. It has a 73-point AF array that can let you lock into action within approximately 80-milliseconds. The camera also allows for what Nikon touts to be the world’s fastest continuous shooting frame rate at approximately 15fps with AF and 60fps when the focus is locked. The Nikon 1 AW1 with 11-27.5mm F/3.5-5.6 kit is priced at Rs 39,950. 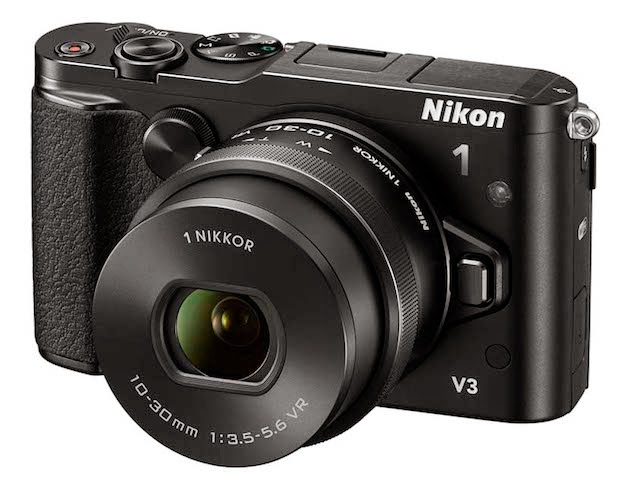 The second camera is the Nikon 1 V3 which comes in a compact and lightweight body. The 1 V3 houses an 18.4 MP CX-format CMOS sensor with no low-pass filter along with the EXPEED 4A image processor. The ISO range goes from 160 to 12,800. It comes with a hybrid AF system, which has 171 contrast-detect AF points and 105 phase-detect AF points. But Nikon seems to put speed up front as far as the V3 is concerned. It boasts of 6 fps continuous shooting for up to 50 shots with the mechanical shutter. It also boasts of a 20fps continuous shooting mode with AF tracking and upto 40 shots with the electronic shutter. With the focus locked, the continuous shooting rate can go upto 60 fps. Nikon 1 V3 will sell with 10-30mm PD lens kit at Rs 43,950.

The Nikon 1 J4 features 1-inch 18.4MP CX format sensor. The USP of Nikon 1 J4 is its hybrid AF system. With as many as 171 contrast-detect and 105 phase-detect AF points, the J4 offers nearly 100 per cent area coverage across the frame. It offers fast burst rate of 20fps with continuous AF and with the fixed focus enabled, it can record 20 RAW format images at 60fps. The 105 phase-detect AF points are evenly spread across the centre of the frame for quick focussing and getting sharper output while shooting movies. Contrast-detect AF points extend to the edge of the frame, thereby the the J4 providing ample coverage across the frame to help capture sharp images. Nikon 1 J4 supports video recording at 1080/60p and 720/120p for high speed action footage. It will be selling at Rs 24,950 along with a 10-30mm PD lens kit in black and white colours.