US makes progress during cyber talks with China 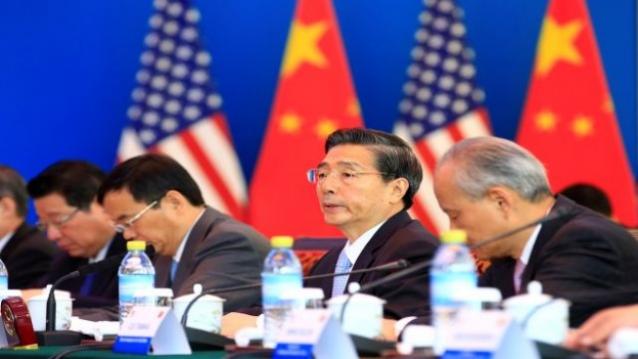 The United States is pleased to see progress has been made with China on information sharing about cyber threats, a senior U.S. official said on Tuesday during the latest round of cyber security talks between the two countries. Cyber security has long been an irritant in relations between China and the United States, the world’s two largest economies.

China and the United States signed an anti-hacking accord in September last year, brokered during Chinese President Xi Jinping’s state visit to Washington, including a pledge that neither country would knowingly carry out hacking for commercial advantages. The agreement marked an ongoing effort to repair relations after China withdrew from a working group in 2014 in response to the U.S. indictment of five members of its military on charges it hacked six U.S. companies.

Meeting in Beijing, U.S. Department of Homeland Security Undersecretary Suzanne Spaulding said the focus on the talks was to make sure both sides fulfilled commitments made by the two presidents. “We look forward to discussing the commitments we made with regards to not engaging in IP theft of trade secrets and confidential business information,” she told reporters.

“A key element of the agreement is information sharing and establishing mechanisms.” She said the two sides had been setting up email addresses to share information. “We are very pleased to have temporary email addresses and very much appreciate” working to set up permanent addresses, Spaulding said.

Chinese Minister of Public Security Guo Shengkun said China highly valued the talks. “We want to bring the discussions from policies on paper to actual implementation,” Guo said. “Both sides will continue to cooperate on cyber cases. I believe the leadership on both sides places emphasis on the issue and values participation. Xi Jinping has personally been involved.”

China, Russia and Iran are among what the United States believes are its most prolific and sophisticated hacking adversaries. U.S. officials have privately blamed Beijing for a massive hack on federal employee records last year, which exposed sensitive personal information of more than 22 million current and former government workers.