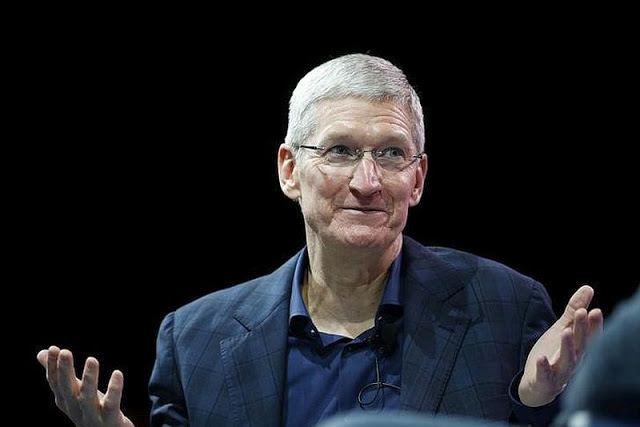 Apple may have reported its first decline in iPhone sales as well as the first revenue drop in 13 years, but the company has promised that its next iPhone models have innovative features to offer users.
Talking to CNBC’s Jim Cramer, Apple CEO Tim Cook promised great features in the upcoming “iPhones” which clearly meant the Cupertino-based giant was working on multiple iPhones this year. Cook stressed that the new iPhone models will persuade existing iPhone users to upgrade.

“We have great innovation in the pipeline, like new iPhones that will incent you and other people that have iPhones today to upgrade to new iPhones,” told Cook. He also made references of the company’s first smartwatch, the Apple Watch saying that people in few years will regret not wearing the Apple Watch.

“In a few years, we will look back and people will say, ‘How could I have ever thought about not wearing this watch?,'” said Cook.

He further added (via Tech Insider) that the new iPhone models as well as the future Apple Watch iteration will include things that users won’t be able to live without. “We are going to give you things that you can’t live without, that you just don’t even know you need today…You will look back and wonder ‘how did I live without this?’,” he added.

Without giving much hint about any of the future products, Cook said, “We don’t talk about futures as a company, we are fairly secretive. We are incredibly excited about things we are working on, incredibly excited …we have great innovation in the pipeline.”

About Apple Watch, Cook believes, “Because it’s doing so much for you. And then it will all of a sudden be an overnight success.” Talking about Apple’s recent acquisitions, Cook said that the company acquires a new company on average. “We acquire a company every three to four weeks on average. It’s a rare month a company is not being bought. We typically buy for technology and really great people,” Cook said (via The Verge).

Cook’s interview comes at a time when the company is struggling in terms of iPhones sales and looks like the company’s attempt to keep faith with investors.