New Moto G now available on Flipkart for Rs 12,999: Why you should buy it 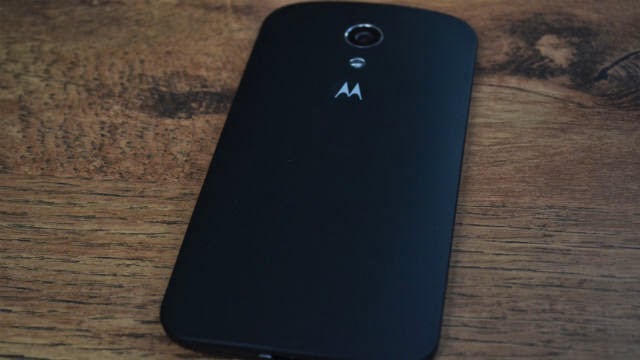 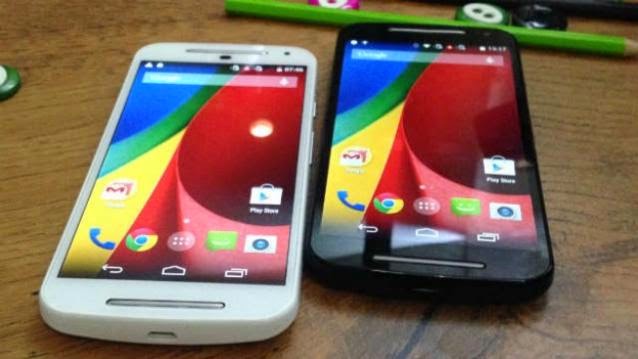 Moto G is seen during the launch. The smartphone comes in white and black.

Motorola made three big announcements in India: Moto X, Moto G and Moto 360 smartwatch. Moto G, the second version of the hit mid-segment smartphone by Motorola is is the first device to launch and is now exclusively available on Flipkart priced at Rs 12,999. Both Motorola and Flipkart have promised that they have enough units of the smartphone.

We take a quick a look at our first impression of the Moto G smartphone based on the specifications and the time we spent with the device during the launch.

Design, Screen: For a device that is priced at Rs 12,999, we have to say that this one comes with seriously impressive build quality. You can’t tell that this is the cheaper smartphone, given how much confusion there was during the demo station over which device was the Moto G and which one was the Moto X. When the mid-budget smartphone and the higher-end smartphone seem the same, you know the battle’s already won for Motorola.  They have done a good job designing this smartphone and making sure that the Moto G doesn’t feel like a cheaper version of the Moto X.

Moto G has the slightly curved back design with a water-proof coating and in terms of feel, the back doesn’t seem plasticky or tacky. The back shell can be removed (not the battery) and users can go for more colourful shells as well. Currently Moto G while be available in Black and White. 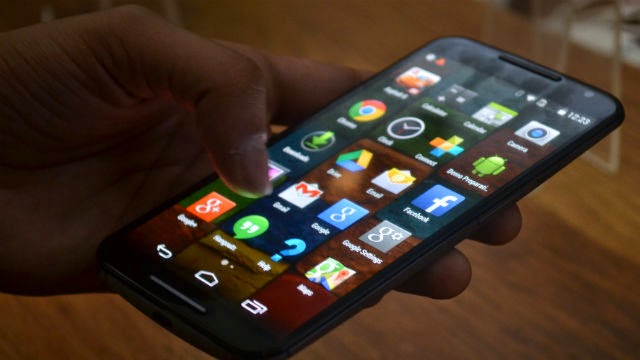 As far as the screen is concerned, Motorola has increased the size to 5-inches from the previous 4.5-inch screen but has kept the screen resolution the same at 720p which comes to around 294 ppi. The fact that Motorola hasn’t gone for a full HD screen is a bit of a disappointment especially since the market has devices like Xiaomi’s Mi 3 which offers a full HD screen. But then getting hold of a Mi 3 hasn’t been very easy. 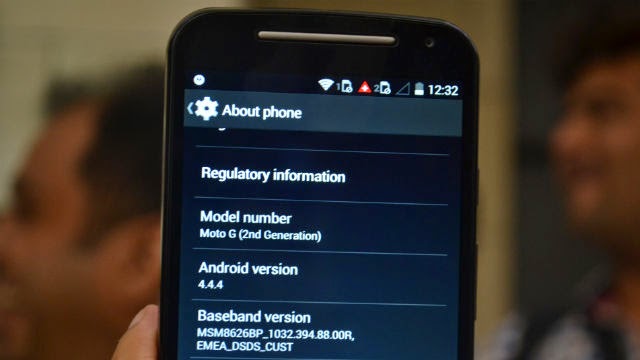 Even though the 1080 vs 720 debate will rage on, the fact is that the Moto G’s screen isn’t bad, the images are sharp and crisp and unless you’re really particularly insistent on having a 1080p screen, 720 p doesn’t make so much of a difference, especially when you consider the build and the overall feel of the smartphone. And Corning Gorilla Glass means that it’s scratch-proof which is a big plus.

Processor, Memory space: Moto G has a Qualcomm Snapdragon 400 system-on-chip (SoC) with 1.2GHz quad-core processor, which is the same as the last device. As compared to the Xiaomi Mi3, which comes with a Snapdragon 800 SoC, seeing the same SoC on the new Moto G is a tad worrying. But given that the smartphone runs pure Android, without any bloatware, it should work fairly fast. This is also a Dual-SIM smartphone.

The Software bits: So Moto G too comes with pure Android and Motorola has promised the fastest update to Android L once that is released. The good thing about this smartphone is that it free from bloatware and has a clean interface.

Moto G smartphone is seen during the launch. TechTrainIndia

Moto G has some special features from Motorola as well. There’s Moto Migrate which allows user to import their contacts, videos and photos from other smartphones. Moto Assist, which allows users to set actions on the smartphone such as a regular no-disturb hour or a daily walk regimen time. And there’s Moto Alert which lets the smartphone alert your friends or family when you are in trouble. All of these features will require a Google account or Moto ID.  By introducing these features, Motorola has tried to give a little bit more into pure Android experience, which isn’t a bad idea. Personally the Moto Alert could prove to be quite a useful feature for some users. 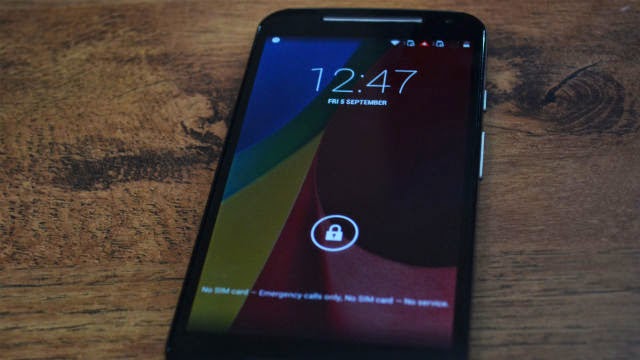 Moto G at the launch. TechTrainIndia

In Conclusion: There’s no doubt that this is a pretty solid device from Motorola both in terms of build and looks. For users who want a new phone but not a Chinese brand, this could well be the answer. But then again, the fact remains that Chinese brands like Xiaomi are pushing the boundaries in the smartphone market. For the second generation Moto G, it certainly won’t be such an easy win.