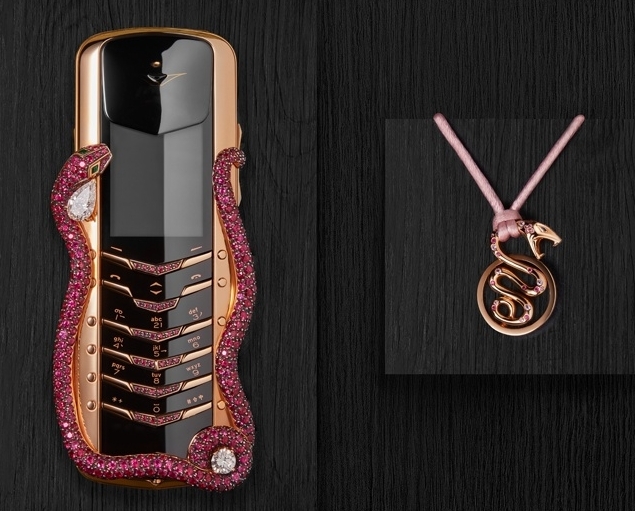 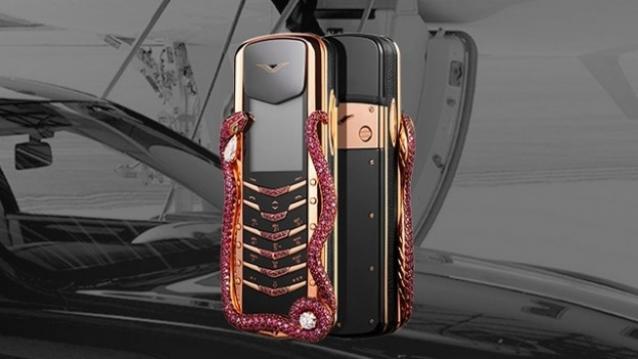 Vertu, previously run by Nokia, has launched a new flagship mobile phone called the Signature Cobra. The limited edition mobile phone is available for purchase online at the Jingdong Mall for a whopping $360,000.

Yes. Converted to Indian rupees, that would be approximately Rs 2,32,34,400. GizChina reports that only 8 units of the device will be produced and sold in China.

Delving into the smartphone, it cannot do much apart from placing calls and sending text messages, but it sure looks exclusive.

That’s because this smartphone has been designed and made by French royal jewellery brand Boucheron. The handset’s design comes from Vertu, but it’s the fancy bits on it (ones that make it special) come from Boucheron.

Those expensive bits would include precisely cut gems that have been created using a mosaic process. A total of 439 rubies have been crammed on to the body of the serpent that wraps itself on the front face of the mobile phone. In case you were wondering, the eyes of the cobra are made of 2 emeralds.

According to Vertu, the Signature Cobra is made of 388 parts and will be assembled in the UK by hand. Also those interested will need to leave a down payment for 1000 CNY (roughly Rs 10,000) and pay the full price when you get the handset delivered.

If you read the title correctly, we did mention that this is a feature phone. Yes, this Rs 2.3 crore mobile phone does not run Android and will not be able to run WhatsApp either. But hey! If you can afford one, you will not have the time or the patience to use any of those apps anyways (probably hire an assistant to get those tweets out for you).