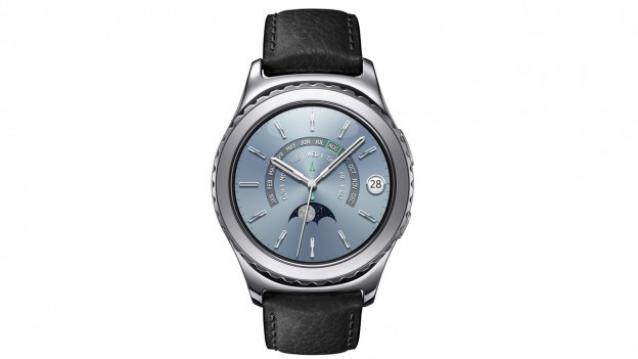 Samsung has launched three new variants of its recently launched Gear S2 smartwatch that now brings the total number of options to five. The two premium models pack in the same hardware specifications, but come with a new premium Classic finish including one with 18K Rose Gold finish and the other in Platinum that are priced at Rs 34,900 respectively.

Apart from the premium Gear S2 Classic models, Samsung also announced a white variant of the standard Gear S2 smartwatch that is priced at Rs 24,300.

Also announced, were a new line up of apps for the Gear S2 range that run on Tizen. This would include some apps like Uber, a sleep tracking app called G’Night, reminder specialist My Notes in Gear and an all-new YouTube browsing app called Xenozu. The new software also includes a wider catalog of dial faces to choose from the animated Peanuts face to highly functional dial faces that can display weather, moon phases, health goals, reminders and notifications all in one screen.

Coming to the games, there are few more to add to the list. We now have a puzzle-based game called Hextris, a classic car racing Vroom Rider, a brain teaser themed Hangman and even popular Play Store games like Space Wars and Snake are also available. All the above mentioned games can be played with the bezel alone.

The introduction of these new variants with additional apps and watch faces will further add to the style and convenience quotient. Samsung Gear S2 is a true testimony to our commitment to provide breakthrough technology to make lives of our consumers richer.”