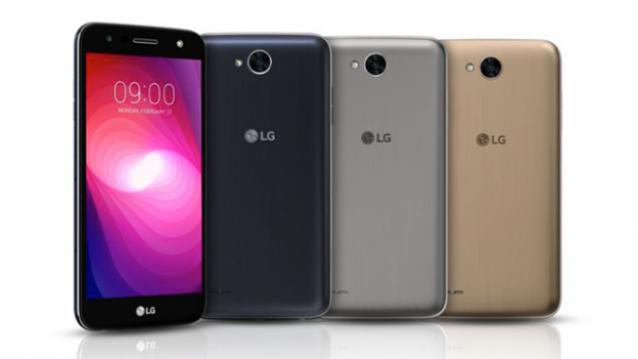 The LG X Power 2 smartphone has just been announced. It features Android 7.0 support at launch and a 4,500 mAh battery.
The device will come with a 5.5-inch HD display (1280 x 720), a 1.5GHz octa-core processor, 1.5GB and 2GB RAM variants with 16GB of onboard storage and support for microSD cards up to 2TB in size.
The cameras include a 13MP rear camera and a 5MP front camera with a soft LED flash, reports PhoneRadar. The front camera is also tied in to a camera app that offers extra functionality for selfie taking, including automatically taking a photo when a face is detected.
The battery will be a 4,500mAh unit. The phone supports fast charging and can be charged from 0-50 percent in an hour, and to 100 percent in 2 hours, claims LG.
The phone supports dual-SIM and 4G LTE via both slots.
The phone will include a lot of features, including “Comfort View” for making e-book reading comfortable. This mode essentially reduces the intensity of blue light.
The phone will be available in Black Titan, Shiny Gold, Shiny Blue and Shiny Titan colours. That last is silver in colour. The phone will be launched in Latin America first, and there’s no word on when it will come to India. Pricing is also unknown at this time.