Net Neutrality: Govt report expected this week; here’s a timeline showing how it all began 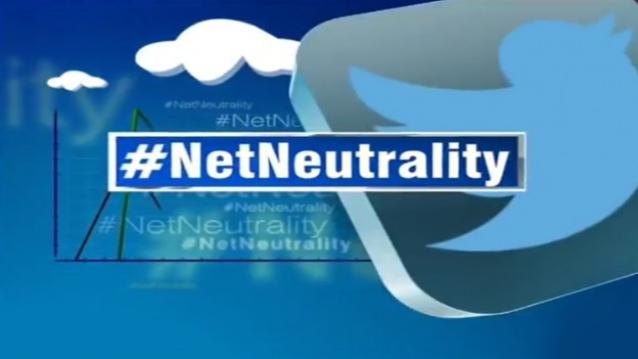 Here’s all you need to know about net neutrality; Govt report coming this week

In the past we’ve seen several verbal assurances about how TRAI and the DoT are in support of Net Neutrality in India. A new report by The Times of India now states that the government may soon go public and most likely this week on its decision to support net neutrality, which means the Internet would be equal for all without any discrimination or prioritisation.

If you remember, a six-member panel, headed by AK Bhargava, had been set up to submit a report on net neutrality. The DoT report is at the Prime Minister’s Office and reportedly ‘will be used to form framework for the government policy’ on net neutrality. It will also include recommendations from the telecom regular that are yet to be submitted to DoT.

A person familiar with the matter told the news site, “A panel has the taken the views of all the stakeholders before submitting it to the telecom minister. There were a few critical points of debate such as allowing zero rating plans or not. The report will back the government’s stand unequivocally.”

It was just last week that the US telecom regulator, the Federal Communications Commission, fined AT&T ($100-million) for intentionally slowing down internet speeds for its unlimited data subscribers after they consume a specific amount of data. The FCC, proded by the US president Barack Obama supported net neutrality in the US.

The DoT report will be made public while the Telecom Regulatory Authority of India (TRAI) is still preparing its own report.

In the past couple of months, a lot has been said and written about net neutrality in India. It was Airtel who created quite a stir with its new Zero marketing platform. However, massive outrage forced its partner Flipkart to walk out of Airtel Zero. Soon companies like Cleartrip and NDTV walked out of Facebook’s Internet.org, a platform almost similar to Airtel Zero.
Here’s a timeline of events:

March 27, 2015
TRAI published the 117-page document known as ‘Consultation Paper on Regulatory Framework for Over-the-top (OTT) services’. This consultation paper talks about net neutrality in India and how it changes the way we consume data. TRAI is seeking public views on it and the deadline for comments is April 24.

April 9, 2015
While Flipkart was already rumoured to be in talks with Airtel as a participating app for its Zero platform, Sachin Bansal’s tweet defending the program added further fuel to the fire.  The tweet didn’t go down well with several net neutrality supporters who decided todownvote the Flipkart app on Android to ‘one star’ rating.

April 11, 2015
While tech enthusiasts and netizens were already in support of net neutrality, it was the AIB video that helped reach out further to the masses. AIB created a nine-minute long ‘Save the Internet’ video on net neutrality, which states that Internet service providers and governments should treat all data on the Internet equally, not discriminating or charging differentially by user, content, site, platform or application.

April 13, 2015
More than one lakh emails were sent to TRAI in support of net neutrality. The campaign (www.savetheinternet.in) asking the public to send submissions to the TRAI that seeks views by April 24 started picking pace. This site already has ready answers for all the 20 questions that TRAI has put forth. All you need to to is copy the QnA in your mail client and send a response to TRAI. You can also edit some answers.

April 14, 2015
Public outrage forces Flipkart to pull out of Airtel Zero partnership. The company tweets from its official handle stating it strongly believes in the concept of net neutrality and the company exists because of the Internet.

A panel of experts was reported to look into the net neutrality issue.

It was this day, that reports about Trai chief’s comments about corporate war between a telco and a media house further sparked the debate.

April 16, 2015
As the debate over net neutrality in India got fierce, Facebook’s Mark Zuckerberg spoke in defense of Internet.org and how it is important and can co-exist with net neutrality.

April 18, 2015
There were reports about Bharti Airtel’s CEO Gopal Vittal sending mails to several CEO/CXOs and influencers explaining how its zero-rating plan does not violate the principle of net neutrality.

Cellular Operators Association of India (COAI) reaffirmed its support for ‘net neutrality’, but also made a strong pitch for ‘net equality’ that will enable access to Internet for a billion Indians as part of the governments digital India vision.

April 20, 2015
Over 9 lakh emails have been sent to TRAI in support of net neutrality.

April 22
Rahul Gandhi, who moved an adjournment motion in Lok Sabha said one million people are fighting for net neutrality and the govt is trying to carve out the net and hand it over to the corporates. Within moments of the speech, #RGforNetNeutrality started trending on Twitter.

In response, telecom minister Ravi Shankar Prasad said, “Our PM has said that everyone should have access to the internet.” Adding that the PM is the most respected person on social media in India, Prasad assured that the government stands for net neutrality and will ensure a non-discriminatory internet is available.

April 24
Trai received over a million responses in support of net neutrality.

Thank you to everyone who made this possible. Long way to go. With you we’ll #SaveTheInternet. http://t.co/atNByduOJ2 pic.twitter.com/eJBwFJyA9x

Protesting against the rules which threaten to redefine the Internet, a website called www.savetheinternet.in had been set up where anyone could send a mail directly to TRAI, expressing their reluctance and discomfort about how telecom carriers are snatching away free Internet from them. It received an overwhelming response of more than 11 lakh petitions.

May 2015
Amidst the backlash in India, Facebook’s Mark Zuckerberg decided to loosen the grip on its free Internet service in India. This doesn’t mean, Internet.org is now booted out of India, but it simply becomes an ‘open’ platform for all.

Facebook then came up with an ‘open’ Internet.org platform for all developers in India received flak for bringing the same old rules in a new package. It was nothing but old wine packaged in a new bottle.

In the first week of May, from internal mails of a software MNC and foreign junket proposal to a private wedding album, telecom regulator Trai has made everything public in the name of 10 lakh comments it got on draft net neutrality proposals.

On the other side, there were reports about how TRAI isn’t really buying Facebook’s Internet.org or Airtel Zero programs and DoT is also batting for net neutrality, and the telecom minister Ravi Shankar Prasad had come forth to reveal that government stands for free and open Internet.
While everyone awaits for the government’s decision, the volunteer group, SavetheInternet, is requesting that in the absence of a recommendation from TRAI and any decision from the government, telecom companies should be restricted from rolling out any plans and services that violate Net Neutrality.

If the most recent news is to be believed then the government is likely to release its report on net neutrality this week, and could be in favour of net neutrality in India.