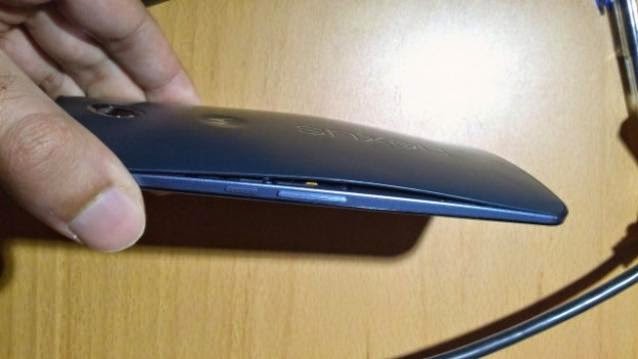 The 6-inch Nexus 6 is Google’s flagship device and within three months of its international launch, defects are already starting to show. A lot of users have complained about the rear cover of the Nexus 6 popping out, due to the battery swelling up and expanding or due to weak glue holding the rear cover.

The Nexus 6 comes with a non-removable plastic back.  A lot of users have already took to social media, complaining about the Nexus 6 the back cover coming off, on sites such as Twitter, Reddit and Google+.

Motorola, who makes the Nexus 6, has thankfully acknowledged the issue and is willing to replace devices of the affected users. 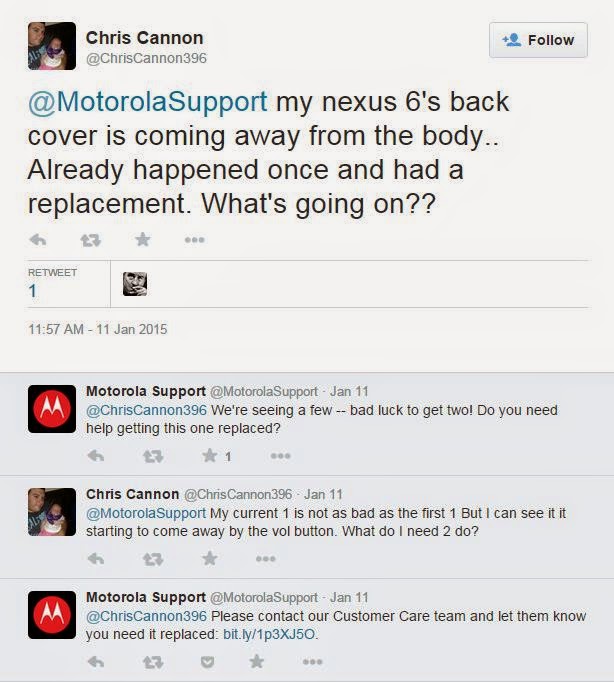 The reason Motorola has no option but to acknowledge the issue is because this issue is cropping up with a lot of Nexus 6 users.

One reason for this strange behavior is being speculated as the glue not being strong enough to keep the back cover in place. The other reason that is doing the rounds is that it has been caused due to the swelling of the battery – which in itself is not a good sign. Pushing the popped out cover back in isn’t helping either as the cover comes back to its original popped-out state.

As seen from the Twitter conversation above, some users are getting replacements with the same issue as well. But with a high price of Rs 43,999 in India, Motorola should have been more careful with the device build.

Have any of you bought the Nexus 6 and are facing this issue? If yes, then you need to get in touch with Motorola customer service for a replacement.