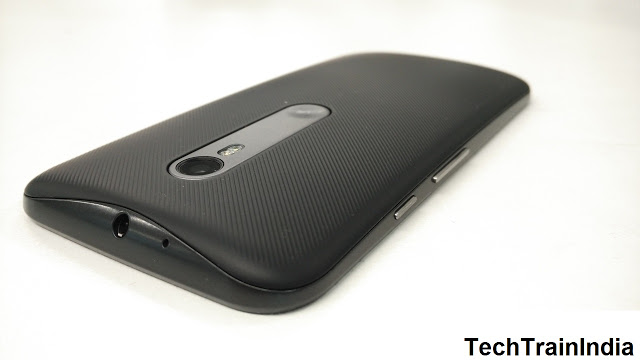 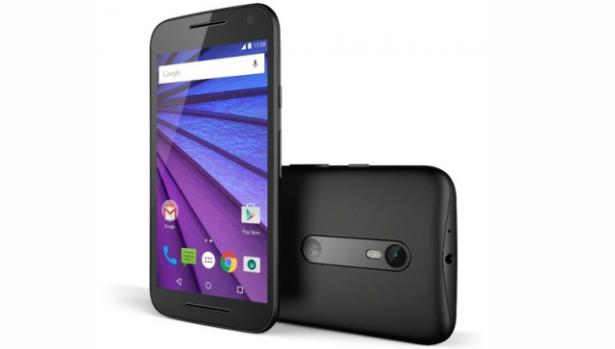 Motorola started a revolution of sorts with the Moto G (1st generation) back in late 2013 because at its price, there was literally no competition for the specifications and features being offered. It is in its third generation now and the mobile landscape has changed drastically over the last year with the influx of a lot of Chinese phone makers redefining the value for money quotient within the sub Rs 20k price bracket. Will the third generation Moto G, with its modest internals match up to the competition? We shall find out in the review below. 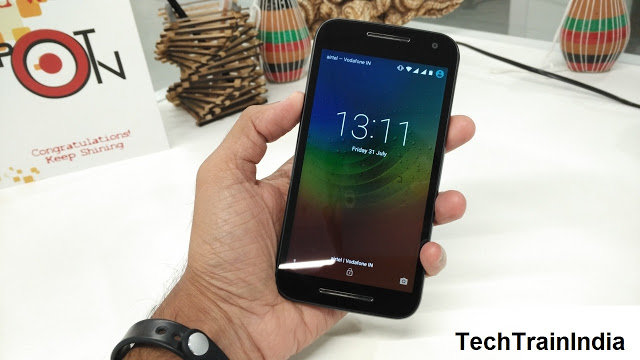 Motorola has made minor changes to the design in the front and a significant one behind. On the front, the thing that is different is that in the place of metallic grille which stood out on the earpiece speaker and base, you now have two depressions. While they may look good, the limited space easily attracts dust that is difficult to remove. The bezel on the top and bottom certainly looks thicker for a 5-inch phone. The Corning Gorilla Glass 3 protection is a definite plus point, helping to keep the scratch and smudge marks away.

The edge has a shiny metallic finish to it, with the power/standby and volume rocker button located on the right hand side. On the top you have the 3.5mm audio jack in the centre and the base has the microUSB port for charging and data transfer. At 155 g, the phone is reasonably light, although with the curved back, the sides measure 6.1mm on the edges and 11.6mm in the centre.

The removable cover of the Moto G has a good texture.

On the rear side is where you will see major design language changes. For starters, the removable rear-cover is textured and gives a good grip. There is a single silver-gray column which has the 13MP rear camera at the top, followed by the dual LED flash unit below it and at the base you have the dip which has the Motorola logo.

While it looks great, you need to ensure that you have locked the rear cover properly, after removing it. Considering the phone comes with an IPx7 certification for water resistance, you don’t want to have any gaps between the column on the rear side and the rear cover, due to faulty closing of the cover. On opening the rear cover, you are presented with a completely sealed phone with just slots for SIM cards and the microSD card on the top portion. 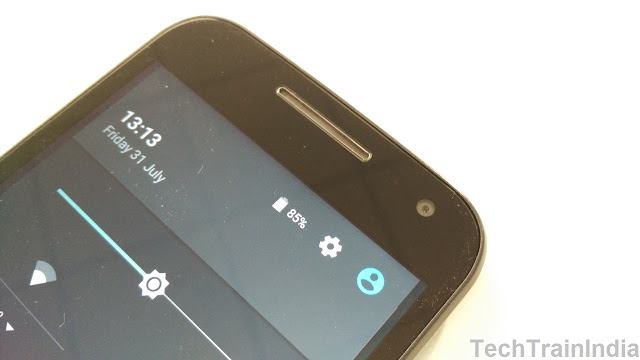 Motorola Moto G has been the darling of the mid-range price-conscious segment. But with the coming of Chinese upstarts such as Xiaomi, Coolpad, Meizu, that segment has been redefined. With the third generation of the Moto G, Motorola has made use of the Qualcomm Snapdragon 410 SoC which houses a 1.4GHz quad-core Cortex A53 processor along with an Adreno 306 GPU. It comes with Android 5.1.1 OS with really no skinning on it. Motorola does have some software features which we will look at in a while. 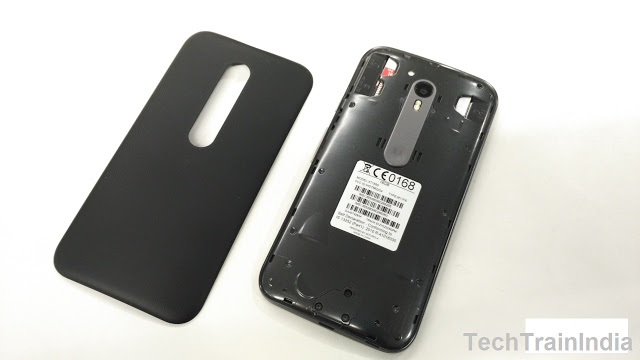 There are two variants of the phone – 8GB storage with 1GB of RAM and 16GB storage with 2GB RAM. You also get the microSD card slot to increase the storage in case you wish so. The dual-SIM card slots can take in a 4G card as well. The phone comes with an IPx7 certification which makes the phone water resistant. You get Wi-fi 802.11n, Bluetooth v4.0, GPS, GLONASS and sensors such as the proximity sensor, ambient light sensor and accelerometer.


As we have been seeing in the last couple of generations, Motorola has not added any skins on the Moto branded phones. With the Moto G (3rd gen) you get a stock Android 5.1 OS. However, Motorola has some software flourishes in the form of proprietary apps such as Help, Migrate and Moto. Motorola Migrate lets you transfer content from or to the phone wirelessly. The Moto app lets you customise your phone according to your preferences by using Assist, Actions and Display. 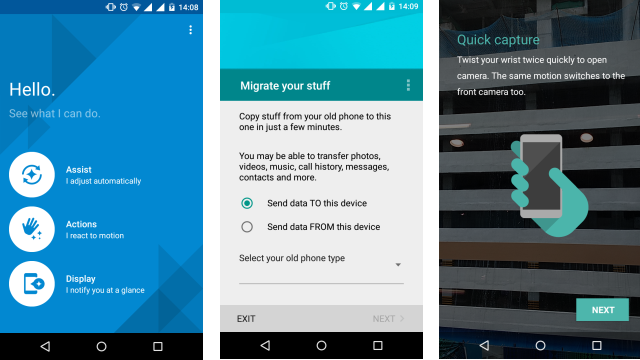 Motorola has also added in gestures such as Moto Display, Quick Capture and Chop Twice. Moto Display lights up only that portion of the display that is needed, Quick capture lets you shoot a quick photograph by just flicking your wrist and activating the camera. Chop Twice is a new feature which has been introduced with this phone and it basically lets you activate the torch light by making a chopping gesture – this is quite a nifty gesture to activate torchlight.


Motorola has gone with the same 5-inch HD display that was seen on the Moto G (2nd generation) along with the Corning Gorilla Glass 3 protection. The display looks decently well and only on very close observation will you notice pixellation when you look at the phone from a certain angle. But holding at an arms distance, the display is quite crisp. It comes with the Corning Gorilla Glass 3 protection, just like its predecessor. There are two cuts – on the top for the earpiece speaker and the base for the audio speaker. Overall it is a pleasant display with a slight blue tinge to it. While watching movies on the phone, we did not notice any backlight bleeding. 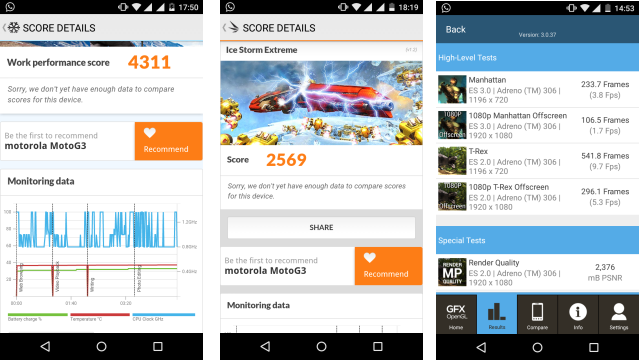 The third generation Moto G is certainly a well made phone and even in terms of performance, it did impress. The Qualcomm Snapdragon 410 SoC may not be a high end chip, but paired with 2GB of RAM, the phone really does give a decent performance. The clock speed is slightly bumped up as compared to the 410 chip on the Moto E. In terms of user experience, the phone delivers the goods. Features such as Moto Display, Quick capture and chop twice to activate the flashlight add value to the user experience. And thanks to the stock Android experience, there are no unnecessary slowdowns. Yes, you will experience a slight lag while opening some apps, for instance the Chrome browser among them, but nothing slow enough to mar the overall experience. 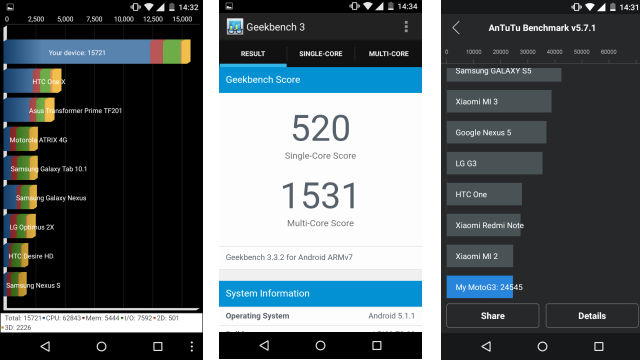 Call quality was good and we faced no issues with the volume while on call. The phone’s heat management is really good and there were rarely any instances when we felt the need to keep the phone away for it to cool down. This is true while using heavy gaming apps such as Dead Trigger 2, which ran smooth even at medium settings as well as Asphalt 8, which was smooth with lowest settings. While using the camera for a long duration, the display does get a bit warm, but the rear side is relatively cooler. On the whole, for a Snapdragon 410 chipset with 2GB of RAM gives the phone an impressive performance, when compares with other 410 chipset sporting phones. Of course, the benchmark numbers are at par with other 410 chipset sporting phones. 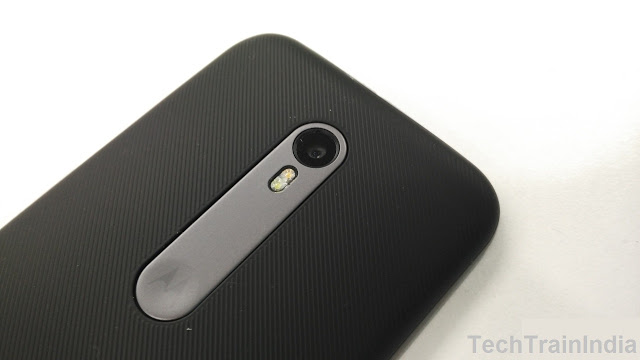 Camera on the Moto G has got a significant bump – going from 8MP on the second gen to 13MP on the third gen. The front camera has also been increased to 5MP from 2MP on the earlier model. The camera comes with an f/2.0 aperture, has a dual-tone LED on the rear side and the user interface on it is quite spartan. You can tap on the screen to click an image or in case you want to tweak the focus and exposure, you can activate the touch to focus. Swiping from the left brings up the tweaking options such as panorama mode, HDR mode, flash, location and so on. There aren’t many manual features to talk about. 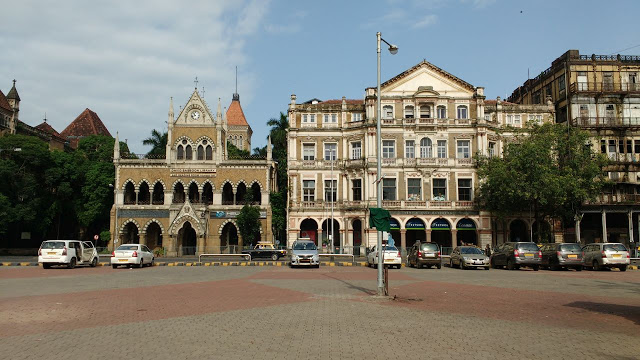 In terms of image quality, the Moto G third gen is certainly better than its predecessor. The focus acquisition speed isn’t really fast. Daylight images are packed with details and appear crisp. In the cloudy weather, the exposures will needed to be tweaked manually. While shooting landscape scenes, the phone tends to underexpose the shadow areas by default and you will need to tweak the exposure settings. HDR mode is alright, nothing impressive. Indoor shots in low light appear fuzzy and it takes a long time to acquire focus. Noise is prominent in images after sundown. When shooting fine objects from a distance, the camera is not able to resolve finer details. The camera is capable of shooting fullHD videos, but the quality is strictly OK and worsens if you pan the phone. 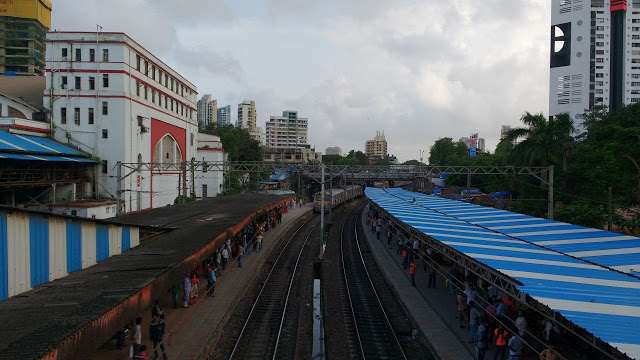 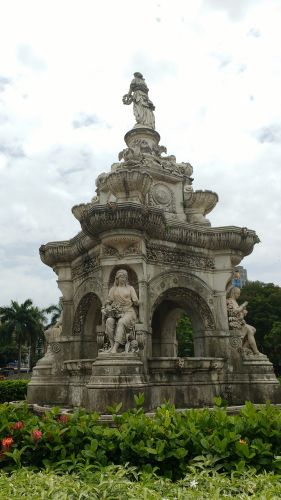 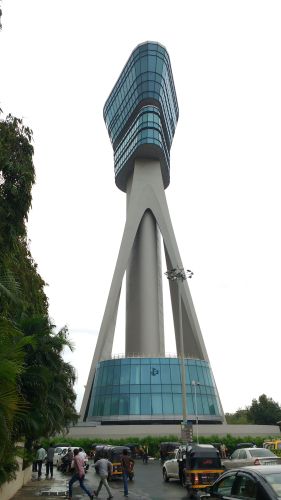 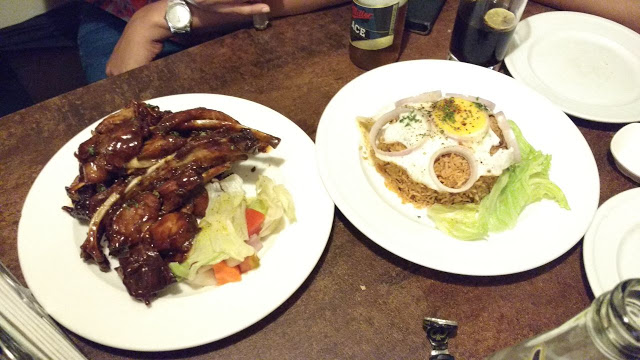 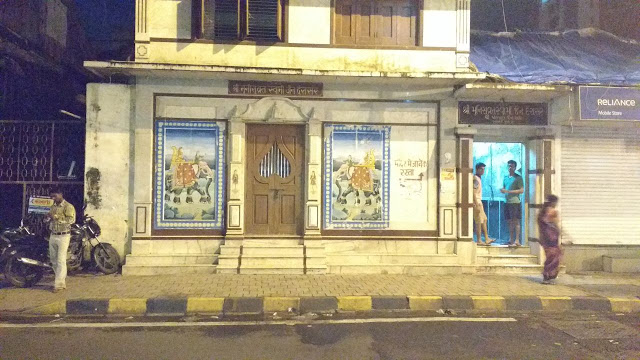 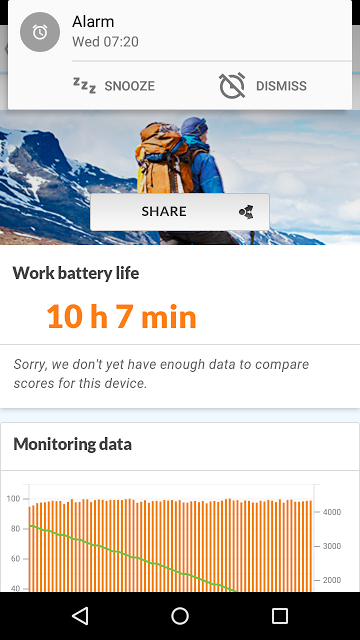 Motorola has bumped up the battery capacity of the third gen Moto G from 2070mAh on the second gen to 2470mAh on the third gen. We could easily get close to a day’s worth of usage on regular tasks such as calling, messaging, updating social media and watching a couple of videos. The PC Mark for Android test gives around 10 hours 7 minutes of on-screen time. Apart from the Android battery saver mode, there isn’t a proprietary battery saver mode on the Moto G.

The third generation Moto G has certainly been impressive despite the specs not being the best of the lot. Moto G promises a good user experience and it more than delivers on that front. For someone looking at a decent mid-range phone with a long-lasting battery life and a decent camera, the Moto G is certainly an option worth considering. But only the 2GB variant as the base model with 1GB RAM and 8GB storage for Rs 1,000 less is not really an ideal deal.

However, we did feel that the price of the Moto G can prove to be its downfall, because at Rs 12,999 for the 2GB RAM variant, it is directly in competition with the Xiaomi Mi 4i which comes with a powerful processor, full HD display, decent battery life and a wonderful camera. The only advantage Moto G has over the Mi 4i is water resistance, lag-free user interface and a stock Android experience. So weigh in these parameters while making your choice.