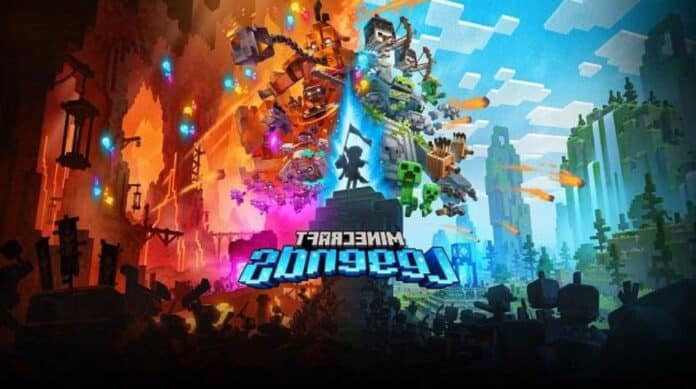 Minecraft Legends will be launched in 2023

Minecraft Legends is a separate Minecraft game that will be published in 2023, as mentioned during the Xbox + Bethesda Games Showcase. It’s designed to teach us about Minecraft’s overworld and everything that has happened to it over time.

In terms of design, the environments and characters preserve the game’s unique blocky look from the original Minecraft. But there are aspects, systems, and creatures in the trailer that are not found in Minecraft or Minecraft Dungeons. In terms of gameplay, the game seems to be a semi-open-world experience with various extra missions, invasion features, and boss encounters.

The game uses a third-person perspective, which is standard in most action games. However, if you’re already a Minecraft player, the same setting will make it much easier to transition into this universe. Because of this, you may anticipate some normal Minecraft mobs to appear in this new game. Piglins from the Nether Dimension are among the first to be assigned a seat.

There is currently no announced release date for Minecraft Legends. However, it will be available in 2023. We anticipate a spring release date because winters are often spent on significant Minecraft upgrades such as the upcoming Minecraft 1.20.

Windows, Xbox Series X/S, Xbox One, PlayStation, and Nintendo Switch will all be able to play Minecraft Legends. Not to mention that the game will be available to all Xbox Game Pass subscribers on the day of release. This is true for all platforms that make the service available.

Minecraft’s designers appear to be on their way to demonstrate their creativity. Will you, however, play the forthcoming Minecraft Legends? Or are you planning to stay in the vanilla world? Tell us about it in the comments section!