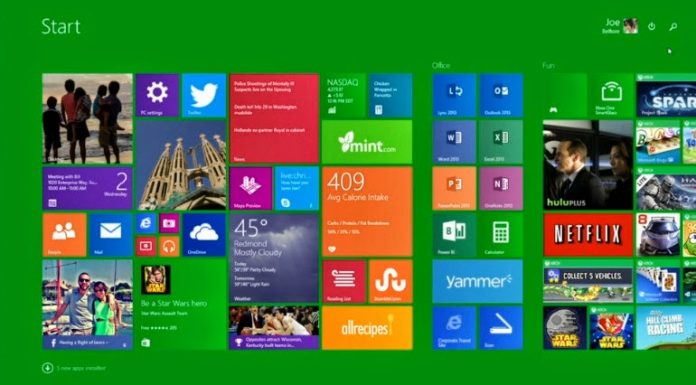 More user friendly
Windows 8.1 update 1 have been officially released by Microsoft and is now available for download from the official site. The company has made it mandatory for the Windows 8.1 users to install the Update 1 pack on their systems. This update comes just a day after Windows XP support was ended by the company.
This is the first update for Windows 8.1 OS, which was released late last year. The post from company’s official blog says, “Failure to install this Update will prevent Windows Update from patching your system with any future updates starting with Updates released in May 2014.”  Most of these updates are aimed at making the operating system more user friendly for those who still prefer using a keyboard and mouse.
Windows 8.1 already have undergone changes prior these latest updates from Microsoft. These updates are a result of the user feedback that Microsoft claims to have paid heed to. It is no secret that the latest Windows 8.1 can be quite intimidating for any first time user. It is altogether a new ball game and has quite a steep learning curve. This is eventually ended up causing frustration and costing precious time.
Now users have the option of choosing which interface to boot into. You can pick between the traditional Desktop mode or the Windows 8 Start Screen. You can even open Windows 8 apps on the desktop for a more familiar experience.
With windowed mode for Modern UI apps users can open each app in a window, and move to the next app, without the need to completely minimise the current app and going back to the desktop screen. The familiar close and minimise icons are back for Windows 8 apps as well. In addition, shutdown options are presented on the Start Screen itself. The taskbar will also be visible on the Windows 8 Start Screen.
The updates also will give you an updated Internet Explorer 11 that will be free of compatibility issues it earlier had. Now IE 11 can now be installed on Windows 7, Windows 8.1 and Windows Phone 8.1 operating systems.