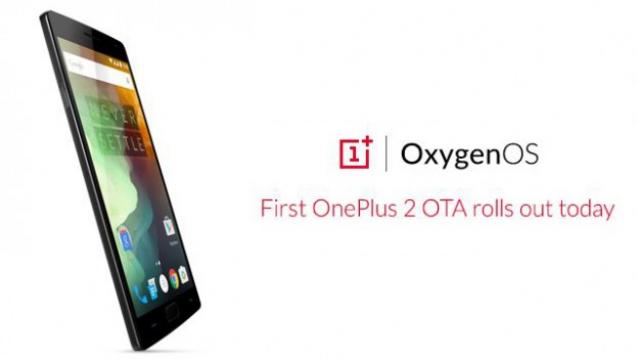 OnePlus is rolling out its first update for the newly launched OnePlus 2. The new update dubbed 2.0.1 version will update OTA and fix a few bugs in the new UI.

In terms of improvement, the update is firstly patching out the Stagefright security exploit that is causing Android users a lot of trouble. In other features, the battery performance along with some bugs has been fixed. The user interface logic along with coherence has been improvised too.

In addition, the update fixes the issue faced while using the pinch-to-zoom feature in Google Photos along with the Dark Mode, which was said to be unstable with a few apps. The update also fixes an issue related to import/export of contacts stored on the SIM card. Also, this update will include additional support for global carrier APNs.

This OTA will be rolling out incrementally, starting in India, so it may take some time before the update reaches all OnePlus 2 devices.

OnePlus had launched its all new OnePlus 2 in the world’s first virtual reality launch event. Design-wise, the metal-frame design makes it look premium. It sports a 5.5-inch 1080p display. As promised, the smartphone also comes with a fingerprint scanner and USB Type-C port. The fingerprint scanner is faster than the iPhone TouchID and lets you save up to five fingerprints, says OnePlus.