Microsoft offers free Windows Phone to Lava, Karbonn: Here’s what it means for you 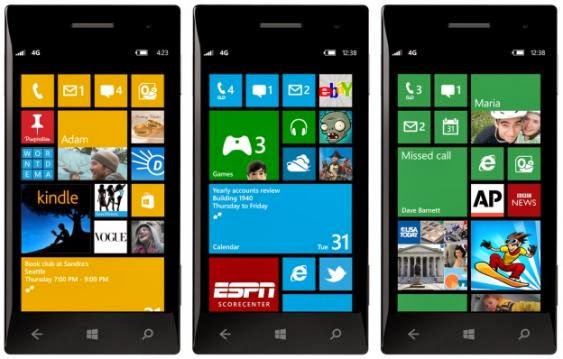 While Microsoft is gunning for Android with the move to give the Windows Phone licence to some Indian companies for free, the move will no doubt also boost the international standing and Indian market share for these companies. But what can you expect in terms of WP devices and in what price range? We can get a better idea by seeing how Windows Phone has managed to grow rapidly in some markets and also through an understanding of Indian smartphone companies have earned a large chunk of the market share.

The likes of Micromax, Karbonn and Lava have been able to sell Android phones by the millions because they found the right model for production. With Chinese ODMs doing the hard work, Indian companies focussed on increasing marketing strength, and establishing a sales network. With this recipe, companies changed the Indian market and some would say the global market too as average sales price of smartphones fall year over year, thanks to the influx of low-cost phones.

Microsoft operates very differently from Google when it comes to licensing the OS. While Google is standoffish and lets manufacturers choose the best hardware, Microsoft is a little more stringent. The Redmond company continues to hold a tight rein over the hardware specifications for Windows Phone devices. We won’t see a conga line of Windows Phone devices, but devices in the important price points.

We expect Indian phone makers to have a device in the sub-Rs 10,000 range, one between Rs 10,000 and Rs 15,000, and one in the Rs 15,000-plus segment. But that doesn’t mean they will hit the market at the same time. With Microsoft removing the license fee hurdle, companies have the freedom to test the water with Windows Phone. They don’t have to worry about giving away too much in terms of license fees and not having enough sales to allay the cost. In a way, this would hearken back to the days when Indian companies were stepping into the Android pie to see what’s possible, before there was enough momentum for a full-throttle push.

Just look at the number of phones launched by these companies two years ago, followed by last year’s figures, and you will get a pretty good idea of how far they have come. In 2012, Micromax was modest when unveiling the Canvas line of phones, with the original Canvas and the Canvas 2. But last year alone, we saw them top those two offerings with the Canvas HD, Canvas 4 and Canvas Turbo, each of which was the flagship at the time of its launch. Indian phone makers have clearly stepped on the gas when it comes to new models, but only after the initial success. So yes, we will see Windows Phone devices, but they will certainly not match the rate of Android phone launches. Not yet, at least.

Microsoft has counted on the budget segment for growth in markets such as Italy and in parts of Latin America, where a large contingent of those who moved from feature phones went with Windows Phone, instead of Android. That’s because even budget phones like the Lumia 520 performed very well, but the same could not be said of a comparably-priced Android phone. Imagine a Micromax phone running Windows Phone problem-free, but retailing for far lesser than a Nokia Lumia 520. That’s what Microsoft is picturing.

Another possibility is that Microsoft is working with these companies to bring Windows Phone to their existing popular phones. Think a Micromax Canvas Turbo running WP8 or the super sleek Lava Iris Pro 30 sporting live tiles. That sort of strategy could work very well for both parties, as it would involve less of a production hassle and gives users handsets they are familiar with but with a different OS. Microsoft has reportedly tried this in the past, urging HTC to produce a WP-running version of the One.

There’s also some speculation about companies using a dual-boot method, running Windows and Android together. Micromax has dished out a tablet that dual-boots the OSes in the Micromax LapTab. We also know that Karbonn is planning to use the two OSes together. However, a WSJ report today has suggested that Microsoft is not happy with this development, though the report is specifically about PCs, and not smartphones.

Microsoft is taking a big chance, changing its ways and giving Indians the option of getting a Windows Phone device without spending too much. If it clicks, Microsoft will have the momentum and the OEM partners to seriously threaten Android’s dominance in one of the largest smartphone markets in the world.