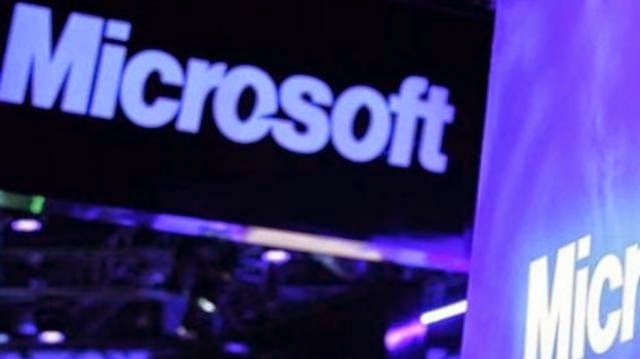 Microsoft Corp will unveil a new name for its best-known product on Tuesday when it offers the first official glimpse of its latest Windows operating system.

The project, known for the past few years as “Threshold” inside the software company and “Windows 9″ outside it, will likely get an entirely new brand, or just be called Windows, analysts said, ahead of its full release early next year.

The name change is symbolic of a new direction and style for Microsoft, which is veering away from an aggressive focus on Windows and PCs, the hallmark of previous Chief Executive Officer Steve Ballmer. The new, quieter emphasis is on selling services across all devices and is championed by new boss Satya Nadella.

The switch also represents a desire to erase the ill will generated by Windows 8, an ambitious attempt to redesign Windows with tablet users in mind, which ended up annoying and confusing the core market of customers who use mice and keyboards.


“Windows 8 was not a shining moment for Microsoft,” said Michael Silver, an analyst at tech research firm Gartner. “Probably the biggest issue that lingers is the negative brand equity in the name.”
Many users howled in protest over the death of the start-button menu and the introduction of a colorful grid of squares or tiles representing apps in what became known as the modern user interface, even though they could easily switch to a traditional desktop mode.

Judging by recent leaks online, which Microsoft has not tried to discredit, the start-button menu will come back in the next Windows, with an option of tacking on tiles if preferred.

But the problem of users having to toggle between the modern interface and the old-style desktop – for instance to use the full version of Excel spreadsheet software – has yet to be solved.

“The schizophrenic behavior between the modern user interface and the Windows desktop has got to go away,” said David Johnson, an analyst at tech research firm Forrester. “They have to smooth that out.”
Microsoft declined to comment on the new name, or what it plans to unveil on Tuesday.

The Redmond, Washington-based company has said only that it will have a “discussion” about where Windows is headed at a stylish event space in San Francisco on Tuesday.

The choice of wording and venue are key to a humbler, lower-profile Microsoft under Nadella, who is keen to rebuild respect in the Bay Area and Silicon Valley as it moves away from the PC and to play a bigger part in the mobile computing world fashioned by Apple Inc and Google Inc.

Nadella’s slogan is “mobile first, cloud first,” and although he will not be at the San Francisco event – he is traveling in Asia – that theme will be at the fore.

“This is a launching pad and catalyst for Nadella’s holistic cloud vision over the coming years,” said Daniel Ives, an analyst at investment bank FBR Capital Markets. “Windows 9 is a potentially game-changing product release for Microsoft.”

Nadella is resigned to the fact that sales of PCs have leveled off, and with it sales of Windows. With the explosion of smartphones and tablets, Windows now powers only 14 percent of computing devices sold last year, according to Gartner.

His response is to focus on selling high-quality services – such as the Office suite of applications or storing documents in the cloud – to people on whatever device or system they are using.

“Microsoft is changing from a company that was Windows-centric to one that is services-centric,” said Silver at Gartner. “It has to be that way. Windows revenue is likely going to decline, and Microsoft’s task is to replace that Windows revenue with revenue from services on all sorts of platforms.”

The challenge is to come up with killer apps and services users can’t live without.

“Microsoft built their business on being very good at delivering what people needed in the moment, for example Excel in the 1990s,” said Johnson at Forrester. “That’s what Microsoft has to get back to, innovating and creating things that people find indispensable.”