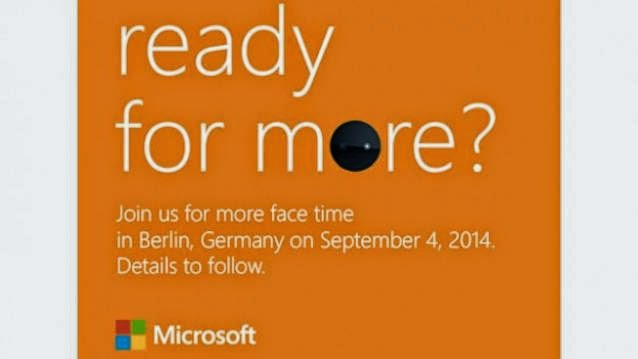 Microsoft has not really pushed forward in terms of a range of new devices for Windows Phone 8.1, but all that could change at IFA where the company is expected to unveil two new smartphones.

The much-anticipated selfie phone, expected to be called Lumia 730, and another mid-to-high-end handset rumoured to be called the Lumia 830, are expected at Berlin. And now thanks to two separate regulatory certificates, we have an idea of what the specs of the former could be.

Based on an image leaked on Baidu as well as Chinese certification documents, Nokia Power User reports that the Lumia 730 (model number RM-1038) will come with support for 4G LTE; a Nano SIM slot, Qi Wireless charging like high-end phones and a microSD card as well. The site also says the Lumia 730 will be 134.7mm and 68.5mm in terms of height and width, which does not point to a compact phone. The site has also posted a diagram of the Lumia 730 components visible through the rear panel. It does look like an artist rendering but it shows a camera with Carl Zeiss branding, though we cannot really confirm whether that’s the actual device.

Last week, Microsoft sent invites for a September 4 event which hinted at a selfie phone and another phone with big camera features. Earlier we had heard about an Microsoft internal meeting where the phones were shown by Stephen Elop.

As per speculation, the Lumia 730 is likely to feature a 4.7-inch HD display and will come with dual-SIM support. It’s like to have a Snapdragon 400 SoC and 1GB of RAM, with a 6.7-megapixel rear camera and a 5-megapixel front shooter, which will be the phone’s USP.