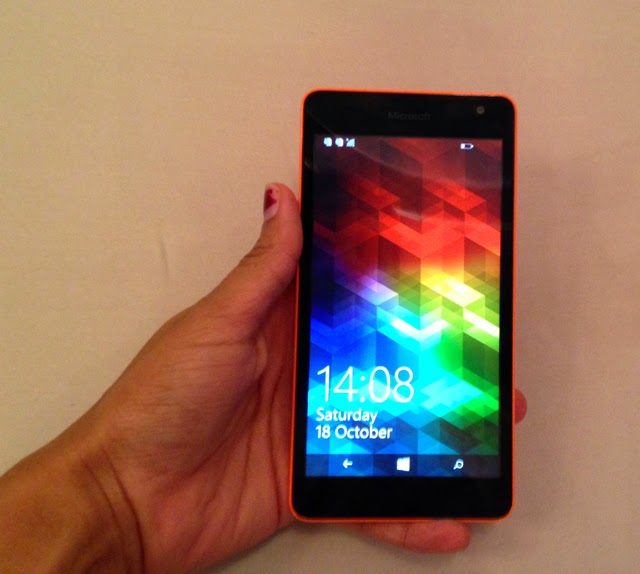 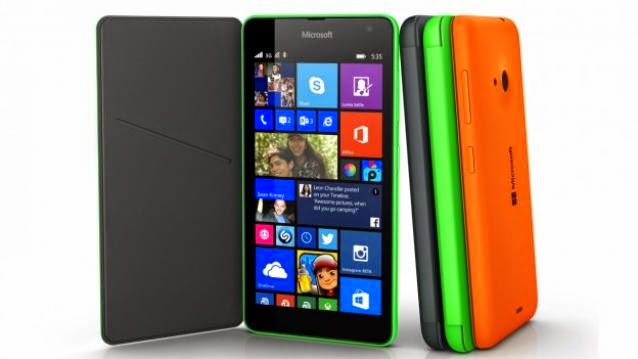 The Microsoft Lumia 535 has launched in India at a price of Rs 9,199. This is the first Lumia phone under the Microsoft branding and is being called as an ‘entry-level smartphone’, which means it will replace the Lumia 530 that was launched earlier this year.

While 2013’s Nokia Lumia 520 was one of the most successful phones by Nokia, the next iteration, Lumia 530, was a dud that didn’t quite meet 2014 standards. One of the major setbacks of the phone was that it lacked a front camera, had a terrible display and a low built-in storage of just 4GB. Microsoft aims to address these flaws with the Lumia 535.

The Lumia 535 also marks Microsoft’s first smartphone release without the Nokia brand and we’re keen to see how it performs without Nokia’s halo.

We had the chance to use the phone during the launch today and take a closer look at what it has to offer. Here’s what we found. 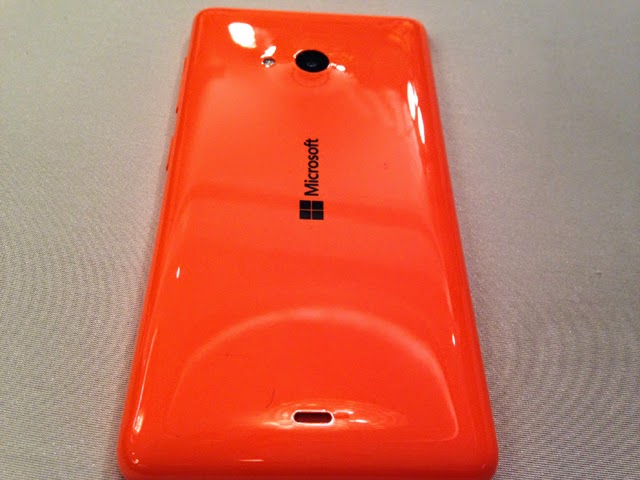 Though the phone is larger now, the smooth curved edges make it easy to use one-handed

Microsoft has also spruced up the screen’s resolution, which now houses 960 x 540 pixels instead of the 854 x 480 pixels on the Lumia 530. The screen is noticeably brighter now and Microsoft claims that
there’s an added layer to make it easier to read under sunlight. While we still found the screen to be reflective, the problem is not as bad as with the Lumia 530. 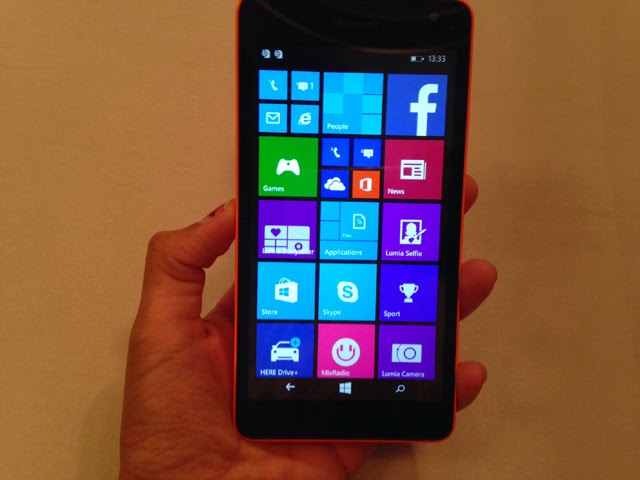 One of the best improvements in the latest budget Lumia phone is perhaps the addition of a 5MP front camera. There’s the same 5MP back camera you’ll find on the Lumia 530, but there’s a flash now for taking better indoor shots. While we are yet to test the capabilities of the camera, the low-light shots we took during the launch event came out looking reasonably good for a budget smartphone. 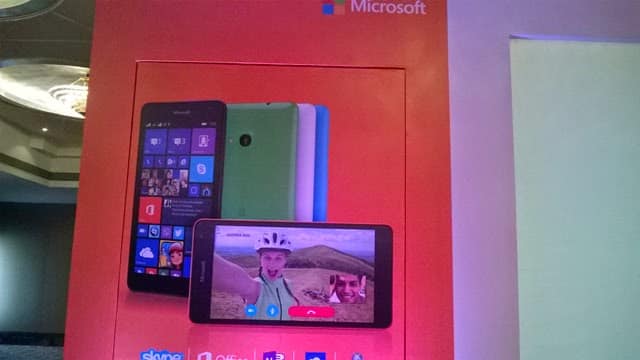 A low-light shot taken during the event

The 5MP front camera isn’t bad either. Microsoft claims that it lets you take wide-angle shots and is better-equipped for taking photos in low light. While it’s too early to give a definite verdict on the camera capabilities, the test shots I took were pretty convincing. I have to admit, the low-light shots looked better than any other budget smartphone I’ve seen lately.

The Microsoft Lumia 530 runs on Windows Phone 8.1 with Lumia Denim, so you get the latest software  as well as all the future updates from Microsoft. The UI itself is modern, efficient and is pretty intuitive to use.

All in all, the Lumia 535 it looks like Microsoft is off to a great start without the Nokia branding. The Lumia 535 addresses the key flaws in the 530, with a larger screen, sharper  display and by adding a front camera. The glossy new back cover, built-in flash and 8GB of internal storage are unexpected additions, which make the Lumia 535 an attractive option for those looking to buy their first smartphone.