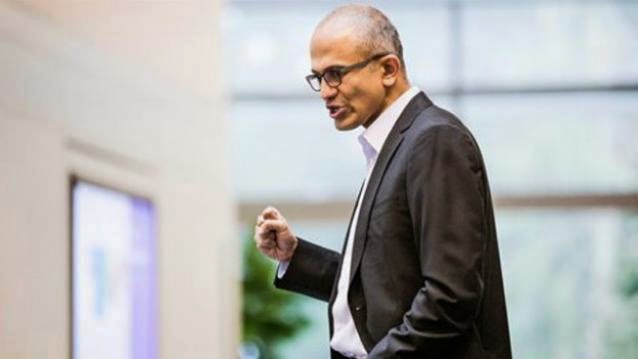 Microsoft’s new Chief Executive Satya Nadella has become one the technology industry’s biggest earners, with a total compensation package worth $84.3 million this year, according to a document filed with securities regulators on Monday.

The outsize number is mostly made up of the estimated value of certain one-time stock awards given to Nadella, who became the company’s third CEO in February. Most of it Nadella cannot actually receive until 2019.

The massive stock awards, valued at $79.8 million overall, were designed to keep Nadella at Microsoft while the company was hunting for a new CEO and to give him long-term incentives as CEO.


Large stock awards have not been necessary for Microsoft’s previous two CEOs, Bill Gates and Steve Ballmer, as both had multi-billion dollar holdings in the company. Microsoft is also slightly hampered in ensuring the loyalty of its top executives as none of them have employment contracts with the company.
Disclosure of Nadella’s rich pay package comes at an awkward time for the new CEO, just 11 days after he urged women in technology not to ask for pay raises but trust in “karma” to get a fair salary. Nadella earlier on Monday said men and women are paid equally at Microsoft.

According to Microsoft’s proxy statement filed with the U.S. Securities and Exchange Commission, Nadella is slated to receive stock worth an estimated $59.2 million under a long-term incentive scheme that stretches out over seven years and is dependent on Microsoft’s shares beating the Standard & Poor’s 500 index. He got a further award worth $13.5 million to stay at the company while it was searching for its next CEO.

Excluding those one-time stock awards, Nadella’s pay package totaled $11.6 million this year, including $918,000 in salary, a $3.6 million cash bonus, and an annual stock award valued at just over $7 million.
Nadella was not the only executive to benefit from the uncertainty at Microsoft between August last year and February, as the company looked for its next CEO. Chief Operating Officer Kevin Turner was awarded shares valued at $10 million and head lawyer Brad Smith was awarded $9.6 million worth.

In the future, Nadella’s compensation is set to be more modest, with “total target compensation” for fiscal 2015 set at $18 million, according to the company’s proxy filing. That includes a base salary of $1.2 million, a maximum cash bonus of three times his salary, plus shares worth $13.2 million.