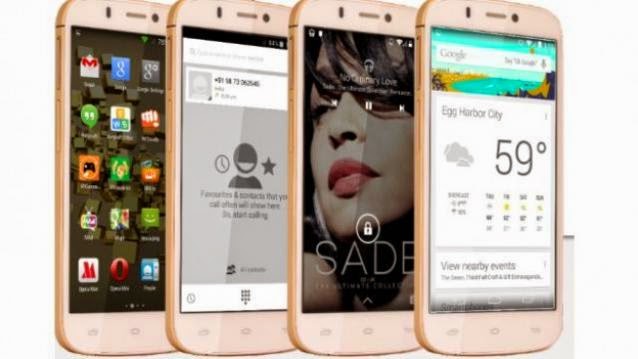 Canvas Gold A300 up for grabs now

Micromax’s next flagship after the Canvas Knight, is already up on select online retail stores. The Canvas Gold will pack in some of the best hardware possible (as per Chinese phone standards) for a price tag of Rs 24,000.

From the pictures hosted online, the phone appears to be a shade more premium than the Canvas Knight. The aluminium sides are reminiscent of the Knight and the Turbo, but yet, looks a bit different. The phone doesn’t seem to have a removable back cover as it seems to have a one piece aluminium chassis. There are rubberised enclosures n the top and bottom for the antennae.

The Canvas Gold also boasts of an impressive depth of just 6.9mm. Finally, the phone appears to only be available in a gold trim for now, for obvious reasons.

While the specifications looks pretty solid on paper, the price might be a bit of a deterrent for many. Rs 24,000 is quite a bit of money for a phone that probably won’t see any major software update and will most definitely be EOL in a couple of months. Not to mention the sketchy after sales service offered by most Indian brands.

The Canvas Gold is yet to be officially announced but if you’re a fan of the brand then this is your chance to snag one right now.