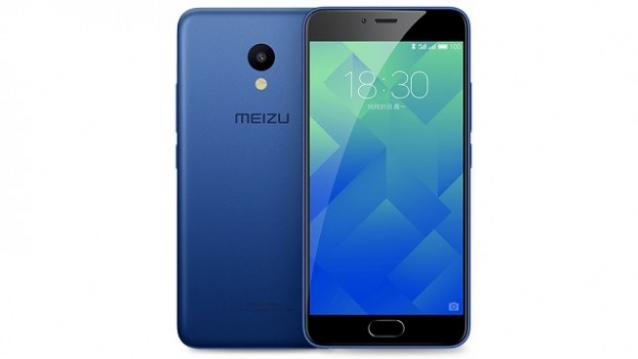 Quickly running through the specs, the Meizu m5 features a 5.2-inch HD display with a 2.5D curved glass. Powering the device is a MediaTek MT6750 octa-core processor paired with a Mali T860MP2 GPU. As mentioned above, there are two RAM and storage variants. The storage is expandable up to 128Gb as the smartphone comes with a hybrid SIM card slot.

In the camera department, you get a 13MP rear camera with a dual-tone LED flash, phase detection auto-focus and f/2.2 aperture 5P Lens. At the front there is a 5MP camera with f/2.0 aperture 4P lens for taking selfies.

Rest of the features include a fingerprint sensor embedded in the home button, which promises to read fingerprints in under 0.2 seconds. The smartphone runs on Yun OS, a Linux distribution that is based on Android, with Flyme OS 5.5 UI on top. There is a 3,070mAh battery to juice up the smartphone which is claimed to deliver 66 hours of music playback. Connectivity features of the smartphone include 4G LTE and VoLTE, Wi-Fi, Bluetooth 4.0, and GPS/A-GPS support. Colour options include Mint Green, Glacier White, Champagne Gold, Sapphire Blue, and Matte Black.

With the features that it offers, the m5 seems like a good alternative to the Xiaomi Redmi 3S Prime. It will be going on sale in China in the month of November with no info on the international launch. There is no word on when the Meizu m5 will release in international markets.