Meet Dot: An active Braille smartwatch that could revolutionise how the visually challenged learn 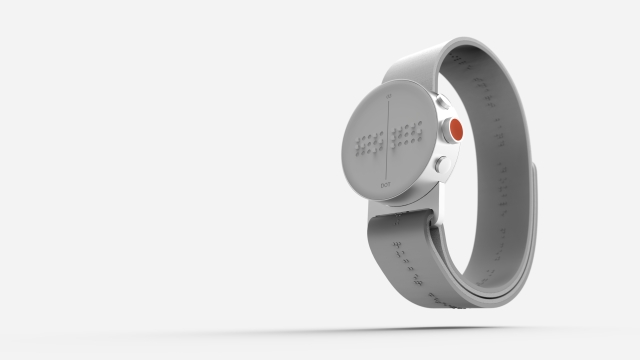 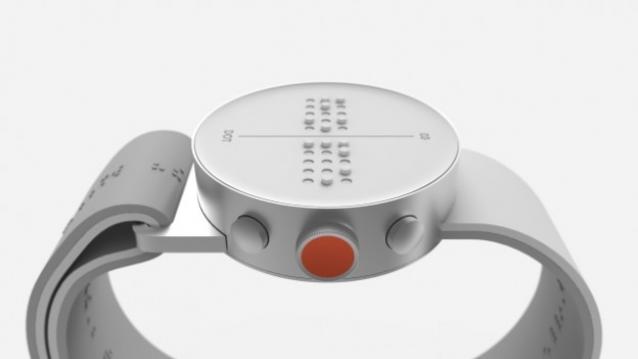 Technology is accelerating at a blazing speed and we are deriving its benefits in our daily lives. In the last five years, we have seen some great improvements when it comes to our mobile phones and more recently smartwatches. But while we crib over things such as 3GB or 4GB RAM; 13MP or 16MP cameras and so on, on our phones, there is one section of the society which is not able to make complete use of the benefits of the same technology; which has enabled us to carry tiny computers in our pockets.
For the visually impaired or blind section of the populace, the only way to interface with a smartphone with the current tech, is via voice commands. There are few products out there, that address problems faced by the blind members of the society in this connected world. On the phones front, you have the OwnFone which is currently selling in the UK.
The genesis of an idea 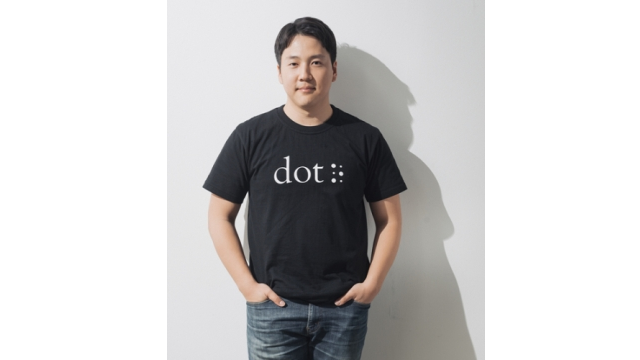 Eric Ju Yoon Kim, a South Korean national and a University of Washington graduate is the founder of Dot – a company making an active Braille smartwatch meant for blind people. Kim, who has worked on three startups including one which he calls ‘an Uber for trucks in Seattle’, had his epiphany one fine day at his local community centre.
“One day at my local Christian community, I saw a blind woman read a prayer book which was really huge. I was quite surprised to learn that, for instance, the Bible becomes a 20 volume book in Braille,” Kim recalls.
On inquiring about an iPad-like device for the blind to read books or large texts on, Kim was told that there are active Braille products, but they are prohibitively priced. Unlike a physical Braille book, an active Braille device comprises of a matrix of Braille dots which dynamically change based on the movement of the finger.
“The woman in the community centre was renting her device from the University. Later when I researched, I realised that the cost of this active Braille device was anywhere between $3,000 to $15,000. Also it was not portable,” he says.

Kim saw a glaring gap here and continued with his research on the blind populace. He came to the conclusion that a lot of blind people do not have easy access to good books. He also realised that many blind people could not read, but only speak and listen – which left them in a precarious position in the job market – leading to rising unemployment among the blind people.
Dot Smartwatch

Kim decided that he wanted to address this particular problem. And although there were solutions to solve this problem – the cost and non-portability of such devices – was definitely a barrier. So the whole idea behind starting Dot, says Kim, was to help with improving the situation of the blind people.
The wearable form factor was arrived upon after multiple consultations with partially and completely blind individuals who were using either passive books or active Braille instruments at their school and universities.
“The problem with today’s phones is that they give out voice commands or read out notifications. Now in a public place it may not always be audible. And it is dangerous to put on earphones to hear the voice commands clearly, as blind people cannot let go of their active hearing sense when out on the road,” says Kim.
According to Kim, Dot is first and foremost, a watch which tells you the time. Kim has also added the second counter in addition to hour and minutes counter. Dot smartwatch can work independent of the phone and apart from showing the time, can also provide features such as alarm clock, timer and so on.
How Dot works 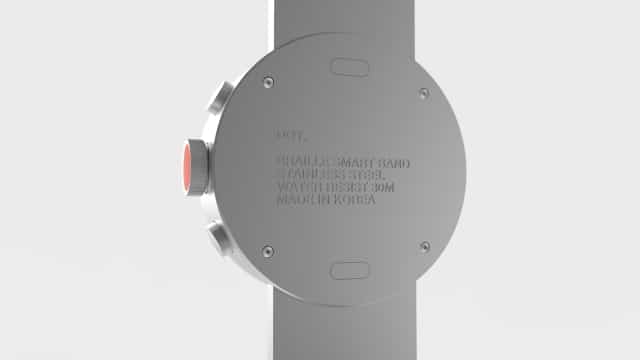 When connected to the smartwatch via the Android or iOS app, users can also get messages and notifications in Braille. “You can interact with the notifications with a yes, no or maybe responses. Also we are making a feature for voice recognition, so they can respond via voice as well. For using the Dot smartwatch, you need to install the Dot app on your smartphone. And you can check which kinds of notifications you want to activate. You can get notifications from Facebook or Twitter for instance,” informed Kim.
The smartwatch which resembles the Moto 360, houses four cells with six active Braille dots or pins which rise and fall at a particular speed that can be programmed, letting blind people read the message or time in Braille. The speeds can go from 1 Hz to 100 Hz. According to Kim, the active battery life is around 8 hours of continuous usage, but on regular use, the device can go on for three to four days between charges.
Kim also told us that a lot of blind people do not know Braille and for them, the Dot smartwatch houses the Braille-learning system as well. 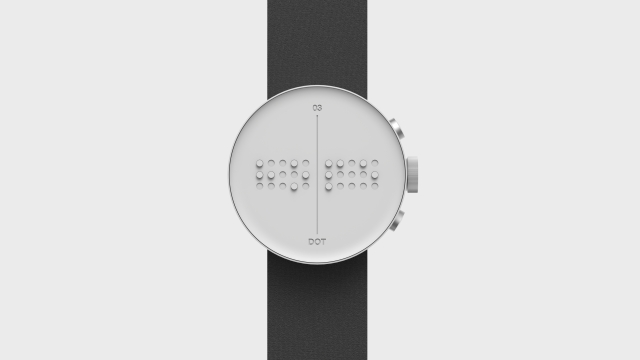 But what happens behind the scenes? How does a text message get displayed in the Braille format? Explaining the functioning of the Dot smartwatch Kim says, “After the smartphone gets the message the app recognises that this message needs to be sent to the Dot smartwatch. So from our servers we translate a text message to Braille algorithm and send that data to the smartwatch. Then we translate the data to ASCII code so the Braille code is served actively. So that the user does not need to move their fingers.”
According to Kim, you can read four Braille characters at a time. Dot aims to make the interface like a treadmill so that users do not have to keep moving their fingers; so it works when the finger is touching the surface and stops when the finger is lifted. This feature is currently under works.
What’s in store in the near future?
So this should solve the issue of reading quick notifications. But what about long articles? “Reading short notifications is convenient on the smartwatch, but it gets tedious to read long passages. So we are working on a tablet like form factor, which uses the same active Braille technology. We are already working with Korea Advanced Institute of Science and Technology (KAIST) for making it happen,” he says.
Kim told us that since they have mastered the technology of making active Braille cell modules, it is just a matter of scaling these modules to fit into the tablet. The company has also started field testing active Braille modules that can be used in public places such as inside ATMs, or at bus stands and so on to help blind people interact with these services.
“Think of these modules as Lego blocks. You can make a larger or smaller form factor devices using these modules. So for example catching a bus is really challenging for the blind people. But here in Seoul, we are testing a module on a bus stop that lets you read the bus numbers and select the bus that you want to take. This then sends a message to the bus driver of that particular bus to halt for the blind passenger,” Kim explained.
Ideas for India
India has a population of roughly 14-15 million blind people. Looking at the promise of the Dot smartwatch, we were naturally curious to know if Dot has any plans to partner with organisations such as National Association for the Blind (NAB) or schools with blind students, in order to seed the product in a way.
“At the moment no, but we would be glad if you could introduce us to such organisations in India. I would be more than happy to help out. The main idea behind the Dot smartwatch is to use it as an educational medium. The Braille can be programmed to display languages such as English or even Hindi and other European languages. We want people to learn Braille in an efficient way, at their convenience – and Dot lets you do that,” he says.
Eric Ju Yoon Kim will be speaking at the TEDxGateway conference in Mumbai on 5 December