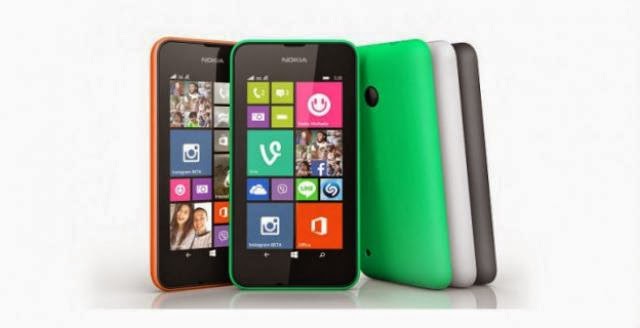 Microsoft Devices today announced the Lumia 530 on their official blog. The pricing of the device indicates that it could be a serious budget offering from Microsoft. The estimated retail price is 85 euros (around Rs 6,869) before taxes and subsidies, and the phone will roll out in August 2014. With taxes and other duties in India however, we’re looking at a realistic price of around Rs 8,000 to Rs 9,000 when the smartphone does retail in the market.

The Lumia 530 will be available in both single-SIM 3G and dual-SIM 3G variants. Specifications of the smartphone include: a 4-inch FWVGA LCD display with  854 x 480 pixels resolution, a 1.2GHz quad-core Qualcomm Snapdragon 200 and 512MB RAM, along with 4GB storage space with up to 128GB micro SD card support.

The camera is a disappointing 5 megapixels and from the look of it, there seems to be no front camera. Also the 512 MB RAM is likely to seem too little for users, especially when budget Android phones are launching with 1GB RAM. For instance the Motorola E, which is priced under Rs 7000, has 1 GB RAM.

The Lumia 530 will run the latest version of Windows Phone 8.1 and comes with features such as the one-swipe notification from Action Center, abd the fast Word Flow keyboard. Users will also get an additional 15 GB of free cloud storage on Microsoft OneDrive. Lumia 530 comes with changeable cover shells in bright orange, bright green, and stylish neutrals dark grey and white.

For Indian users, a lot will depend on the final pricing of this new Windows smartphone.