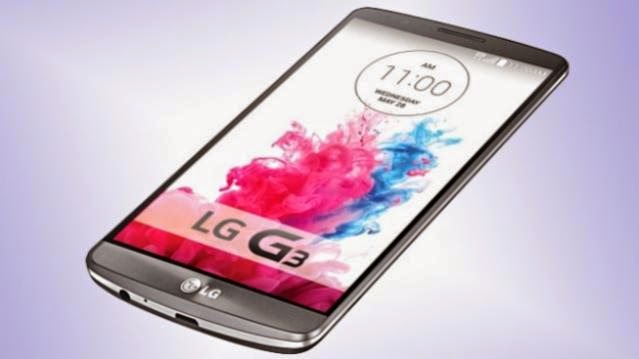 Following months of leaks and rumours, LG has finally made the G3 flagship official with simultaneous launch events in London, New York, San Francisco, Seoul, Singapore and Istanbul. We have known that the LG G3 will be pushing the current flagships in terms of specs for some time now and the official announcement just confirms that. The phone will be available in many countries and with over 170 carriers, starting tomorrow in LG’s native South Korea. India availability has not yet been announced.

Let’s look at the specs. Firstly, the G3 sports a 5.5-inch QuadHD display, with a 2560×1440 pixel resolution. That results in a pixel density of 538PPI, the highest seen on any smartphone so far. In addition to its massive resolution, LG says the panel has 100% sRGB coverage and also spoke at length about its power saving features, such as adaptive control on brightness, frame rate and clocking.  It’s powered by a top-of-the-line Snapdragon 801 SoC, which is clocked at 2.5 GHz. Curiously, LG has gone with two configurations for the RAM and internal memory. The 16GB version gets 2GB of RAM, while the 32GB version gets a full 3GB. LG promises that both versions run the software equally well. Both versions get a microSD card slot, which is good to take in cards up to 128 GB in size. 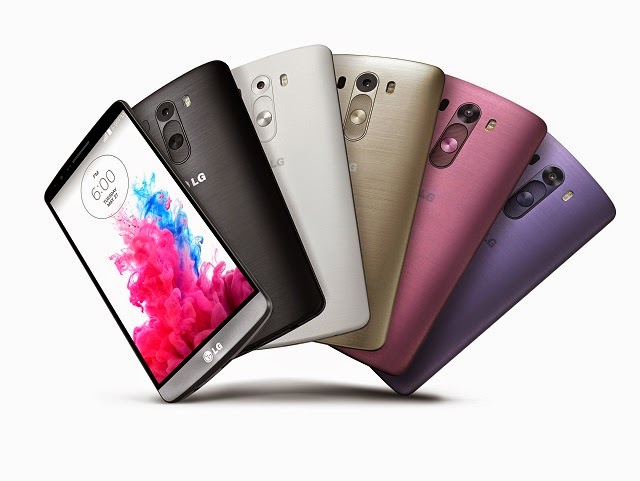 The G3 shares the G2′s design language and has back buttons for power and volume controls. It looks much slimmer thanks to the reduced bezels, but is not the thinnest of phones at 8.9mm in width and it weighs 149 g. Also on the back is the 13MP camera with OIS+ and the laser autofocus to go along with its two-tone dual LED flash. LG claims the IR laser rangefinder assisted auto focus allows the camera to focus in 276ms, which was claimed to be faster than the human eye’s blinking. The camera also has OIS+, a combination of both optical and electronic image stabilization.

LG has chosen to please selfie lovers with a 2.1MP camera on the front, that can take pictures by seeing your off-screen gesture, allowing you time to pose for the shot. For video, the G3 reduces ambient noise and adjusts audio level for clearer sound collection. Sound reproduction should also be good thanks to the built-in 1W speaker with Boost AMP.

LG has equipped the G3 with a 3,000mAh removable battery, just like the G2. By replacing the metal in the battery cathode with graphite, LG says it was able to extend the lifespan of the G3’s battery. The G3 has support for 4G LTE, HSPA+ and Wi-Fi 802.11 a/b/g/n/ac for data. It comes with Bluetooth 4.0 LE and NFC chips along with  SlimPort compatibility, A-GPS/Glonass, and micro USB 2.0.

And finally, LG has totally revamped the UI, making it flatter and less bright. We can even say it’s less Samsung like now. LG has chosen to use its classic logo as the inspiration for the icon sets and the animations. The company has also introduced new features such as a Smart Keyboard, which is built with customisation and qucik typing in mind. It’s said to reduce input errors by up to 75 percent.

Then there’s Smart Notice, which is like a personal assistant. It provides suggestions and recommendations based on user behaviour, phone usage patterns and location. It can also remind you of a call you declined earlier and ask if you would like to call that person back. If you have a large number of unused files or apps on the G3, Smart Notice will ask if you would like to delete or uninstall them. And finally LG has thrown in some security solutions such as its own private mode with 128-bit encryption, remote device manager and the Knock Code unlock method.