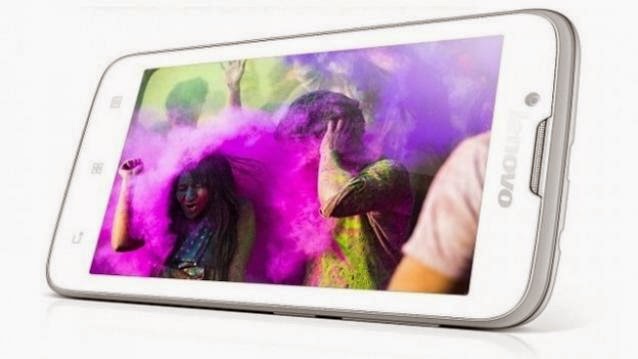 Lenovo has announced the new A-series phone – the A328 – at Rs 7,299. It will be available in black and white colours and will start selling from next Wednesday on the Lenovo store as well as with offline retailers. At the moment, the A328 is not listed on Lenovo Store. Infibeam has it listed for Rs 6,979.

The Lenovo A328 comes with a 4.5-inch FWVGA (854×480) pixel resolution display. It is powered by the MediaTek MT6582M system on chip which has a 1.3GHz quad-core processor paired with 1GB of RAM. As for storage, it comes with 4GB of internal storage, which can be expanded to 32GB using the microSD card slot. Like most new launches, the Lenovo A328 will come with Android 4.4 KitKat OS.

On the camera front, there is a 5MP rear camera with an LED flash along with a 2MP front-facing camera. It comes with a 2000mAh battery which gives around 21 hours talk time on 2G networks.

On the connectivity front, it comes with 2G/3G, GPRS/EDGE, GPS/A-GPS, microUSB, Bluetooth and Wi-fi. It comes with proprietary apps such as SECUREit which will help you to track, analyse and optimise user data, SHAREit app will support faster phone-to-phone data transfer without using Wi-fi or mobile networks and SYNCit lets you have a permanent backup of all your data and allows access to it on multiple devices.