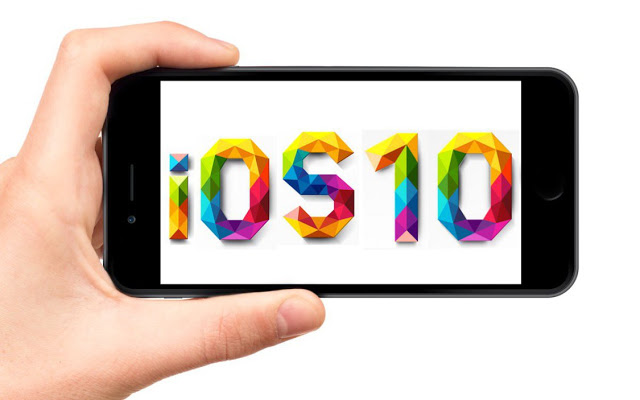 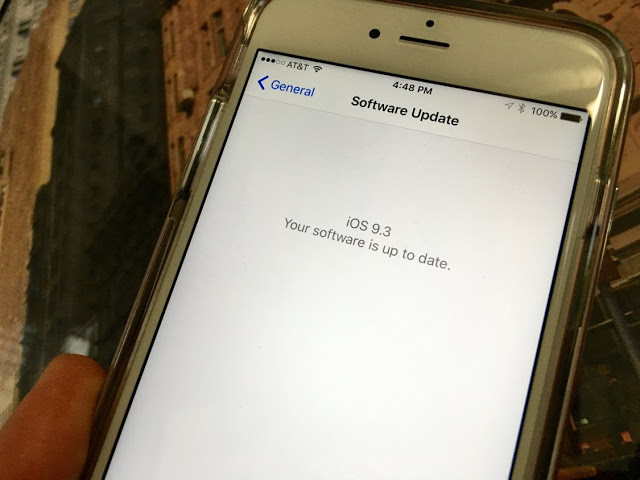 The iOS 9.3 update is finally here. And while there are a number of reasons to celebrate, the update is already causing serious headaches for some iPhone and iPad users. With that in mind, we want to take an early look at iOS 9.3 problems and provide you with resources that will help you if you stumble into an issue.

We had a hunch that the iOS 9.3 release date would land today and sure enough, Apple’s rolled out the milestone upgrade and all of its changes to iPhone, iPad and iPod touch users around the world.

As expected, it’s a major update for iOS 9 users bringing Night Shift, Verizon Wi-Fi Calling, improvements to apps, changes to 3D Touch, and more. The iOS 9.3 update is exciting but it’s not perfect.

As the roll out picks up speed, we’re starting to hear about early iOS 9.3 problems plaguing iPhone, iPad and iPod touch users. This isn’t surprising.

iOS updates, even iOS updates that go through extensive testing like iOS 9.3, always bring their own collection of problems. The iOS 9.3 beta wiped out a number of problems but it appears that some managed to slip through the cracks.

Today we want to touch on these iOS 9.3 problems for iPhone, iPad and iPod touch and provide you with the most important information you need to know. This roundup includes a look at fixes for iOS 9.3 problems, the iOS 9.2.1 downgrade, and more.

It’s still early but we’re already hearing about problems with Apple’s latest upgrade including a serious activation issue that Apple will address with a new iOS 9.3 build.
iOS 9.3 users are complaining about several different issues including battery drain, issues finding the new Night Shift feature, issues with the vibration function, activation problems (this seems to be the most common problem thus far), missing App Store, and iPad 2 owners are saying that the update bricked their device. It appears that iPad 2 users aren’t alone.

According to Apple, the activation issues are affecting owners of the iPhone 5s and older and owners of the iPad Air and older. They’re so bad that the company is planning to issue another iOS 9.3 update in the days ahead. From iMore:

“Updating some iOS devices (iPhone 5s and earlier and iPad Air and earlier) to iOS 9.3 can require entering the Apple ID and password used to set up the device in order to complete the software update,” an Apple spokesperson told iMore. “In some cases, if customers do not recall their password, their device will remain in an inactivated state until they can recover or reset their password. For these older devices, we have temporarily pulled back the update and will release an updated version of iOS 9.3 in the next few days that does not require this step.”

Some users have solved the problem by connecting the device to a computer and iTunes. Others have got around it with a full restore via iTunes. Apple’s also published a support document that will help those who’ve encountered the issue.

Keep an eye out for a fix this week and next. We’ll let you know when it gets fixed. 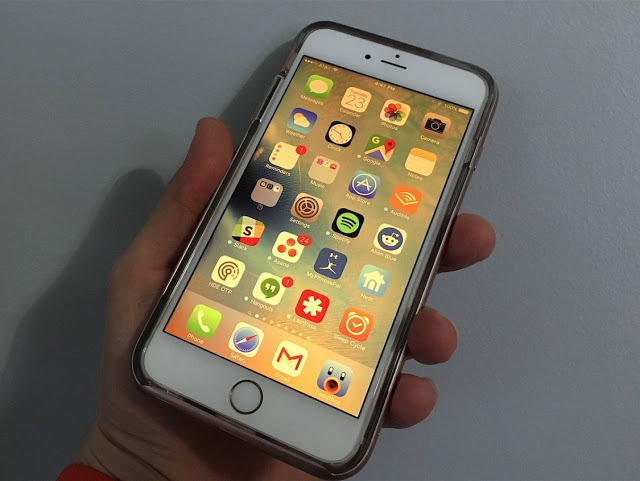 We’ve been using the iOS 9.3 update for a few days now but we haven’t discovered any experience-breaking bugs. We were able to activate all of our devices just fine.
That said, you’re always taking a risk (especially if you own an older device) installing the iOS 9.3 on your phone or tablet.

That’s why we recommend taking a few steps to prepare yourself, and your device, for iOS 9.3. A little prep work will go a long way toward preventing problems.

Where to Find Feedback About iOS 9.3

It’s important for everyone, those who have already upgraded to iOS 9.3 and those who haven’t, to keep an eye on feedback about the update’s performance.

As we push away from the release date, you’ll want to dig for feedback about performance on your device, particularly if you’re coming from something older than iOS 9.2.1 (you can’t go back to anything else) and using an older device like the iPhone 5 or iPhone 4s.

So where will you find this feedback about iOS 9.3 performance and potential problems? Well, you can start here. 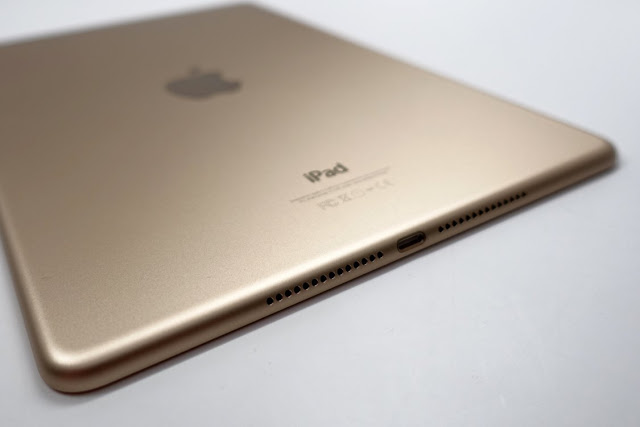 We’ve put together some reasons to and not to install the iOS 9.3 update right now. If you’re on the fence, start there.

If those aren’t enough, we recommend keeping an eye on YouTube, Apple’s discussion forums, and the MacRumors forums for additional feedback about the iOS 9.3 update.

This feedback will alert you to potential issues and also, potential benefits.

How to Fix iOS 9.3 Problems

If you’ve run into an iOS 9.3 problem, there’s no need to panic. There’s a good chance there’s a fix out there for your issue. (Including those activation problems.) 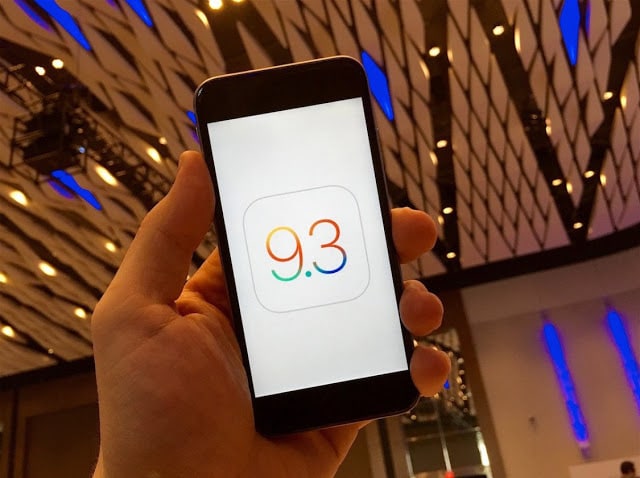 If you can’t find a fix there, you should head on over to Apple’s discussion forums for iPhone, iPad, Apple Music, and more. There, you’ll find a library of fixes and a helpful community that can and will point you in the right direction.

If you can’t find a fix online, you can get in contact with Apple Support via Twitter or schedule an appointment to see a Genius at an Apple Store.

You can also downgrade to the iOS 9.2.1 update for a short time.

Apple is still signing off on the iOS 9.2.1 update which means you can drop back down to the update if you decide that iOS 9.3 isn’t to your liking. 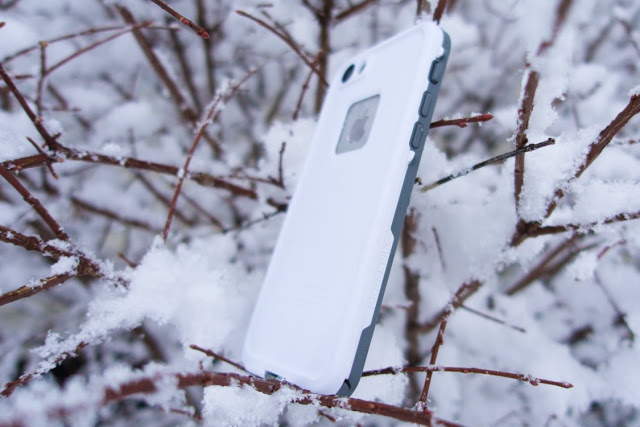 Remember, Apple will, at some point, stop signing off on iOS 9.2.1 which will leave you stranded on iOS 9.3. This typically happens one to two weeks after an update’s release.

Apple hasn’t confirmed the next iOS update though a report suggests that a bug fixer could be on the way in the future.

A report from MacRumors hints at the potential for an iOS 9.3.1 update. Nothing is confirmed but it could be that Apple rolls out a smaller bug fixer before it rolls out its next milestone upgrade.

The company hasn’t announced an iOS 9.4 update and iOS 10 isn’t expected to debut until the summer at WWDC 2016.

So if you encounter a problem with iOS 9.3, you’re on your own. For now.