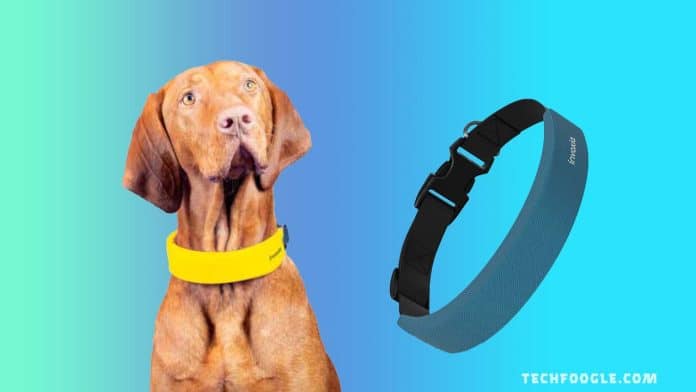 Smart Dog Collar: Humans can now monitor their heart rate, blood oxygen levels, and other crucial health signs thanks to the introduction of health-focused wearables like the Apple Watch. Now, a startup named Invoxia has created a comparable health-monitoring gadget for dogs that is disguised as a smart collar. It is the world’s first biometric health collar for dogs, and it allows pet owners to follow their canine companions’ heart and respiratory rates, daily activities, and even their whereabouts via GPS.

CES 2022 saw the debut of the Invoxia Smart Collar for pets. The startup claims to have developed a deep-learning AI algorithm for tracking a dog’s health in collaboration with several qualified veterinary cardiologists. The smart collar was created using miniature radar sensors, comparable to the Soli radar seen on Google’s Pixel 4.

The health of dogs is monitored by these small radar sensors, which use radio waves that aren’t reflected by hair. As a result, unlike smartwatches, which require intimate touch with the user’s skin to collect health data, the smart collar works regardless of how fluffy your four-legged pals are.

“There’s a radar that faces the neck and sends a radio signal, and that signal will not be reflected by the hair. So it doesn’t matter how much fur or hair there is, it’ll be reflected by the first layer of skin. So the radar will actually be able to know the speed and movement of the skin right under the collar,” According to a statement from Amélie Caudron (The Verge).

Caudron further mentioned that because the radar sensors rely on radio signals, the smart collar may be worn freely around a dog’s neck without placing too much strain on its throat.

The Invoxia smart collar for dogs can monitor and track everyday behaviours such as walking, running, scratching, eating, barking, and relaxing. According to the firm, it is using four years of data acquired via its current GPS Pet Tracker platform to follow the dogs’ everyday activities. It also has a detachable cloth cover to let you simply clean the gadget when your dog returns from a wash in a dirty pond.

The Invoxia smart collar can track your pet’s whereabouts via GPS in addition to tracking their health vitals. It also has a built-in buzzer and an escape alarm, and it’s Bluetooth, Wi-Fi, and LTE-M compatible.

It’s worth noting, though, that the Invoxia smart collar will only be available for medium to large canines at first. This is because developing a more compact version of the radar technology that the smart collar relies on is currently impossible. Furthermore, carrying the entire device around their necks would be too heavy for smaller canines.

Invoxia hopes to deliver the smart collar for dogs somewhere in the summer of 2022, with a pricing and availability date still to be determined. The smart collar is estimated to cost $99 (Rs 7,370) when it is released. To use the device’s GPS capabilities, customers must subscribe to the Invoxia Pet Tracker app for $12.99 (Rs 967) a month.

So, what are your thoughts on the Invoxia Smart Collar for Dogs and Cats? Is this something you’d buy for your pet? Leave a comment below with your ideas.