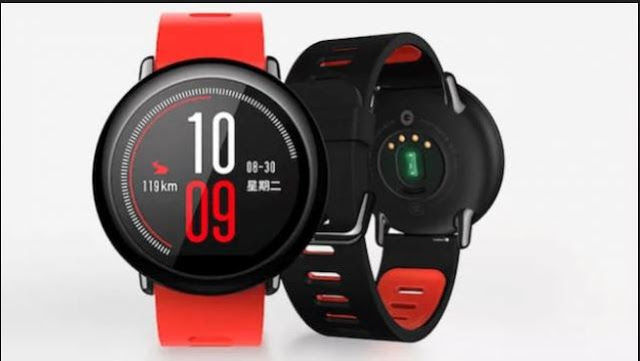 Xiaomi today announced the AMAZFIT watch adding yet another category of smart device to their list. The company has gradually been expanding its product portfolio from smartphones, phablets, tablets, fitness trackers, drones, laptops to now smart watches. The launch comes right after the company launched the latest smartphones in India and launched Mi Band 2 exclusively for the Chinese market. The consumers were waiting for the launch of the Smartwatch which according to a report in April, as reported by Android Headlines, was slated to launch in the second quarter of the year.

The new smartwatch is launched by Huami, a sub-brand of Xiaomi responsible for the introduction of Mi Band. The smartwatch called ‘AMAZFIT’ Watch is equipped with the 1.35-inch 300×300 display running on 512MB RAM with 4GB internal storage. The watch is powered by a single-core SoC clocked at 1.2GHz with 200mAh battery powering the device for 35 hours with GPS tracking while providing 11 days of backup for step tracking.The battery of the wearable will last five days under ideal conditions of normal GPS usage, step tracking and display time. The wearable comes with an IP67 certification for dust and water resistance and is equipped with a heart-rate sensor. The company claims that it will be the first device to be equipped with 22nm GPS sensor.

The smartwatch is priced at 799 Yuan which roughly amounts up to Rs 8022 at the time of writing and will be available starting tomorrow. The watch can also be used to pay for orders using alibaba’s AliPay mobile payment service.

Apple’s Dual-Frequency GPS in the iPhone 14 Pro Series and the...