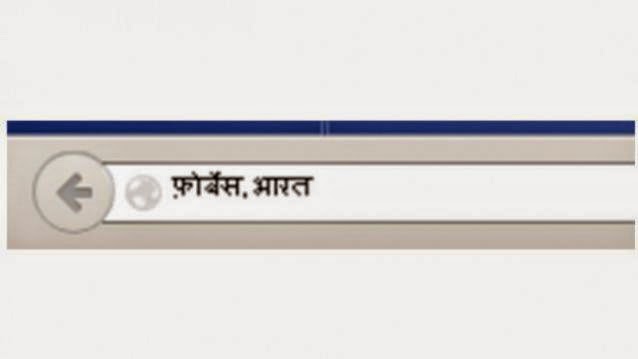 For the absolute beginner, some background first. Please note that these are simplified, and in some cases, simplistic explanations, meant to give you an overview, not a deep technical understanding.

Every computer connected to the Internet—in fact every device connected to the Internet, including your smartphone, or your smart refrigerator—has a unique address, an IP or Internet Protocol address. This is a number, something like this: 1234.5.67.890 Computers and smart devices are comfortable with dealing with and remembering long strings of numbers, but we human beings aren’t that good at it. So, over those numbers, there is a layer of URLs, Uniform Resource Locators, based on domain names, like firstpost.com, that humans find easier to remember. The last part of the address, the .com, is the top level domain (TLD).

Databases of existing TLDs and the IP addresses that they point to them are stored at Domain Name System (DNS) root servers. When you type in a domain name, what you’re doing is asking the Internet to find a particular computer. Your ‘request; is processed right to left: first the TLD, like .com, then the second level, like firstpost, then the third, like www or any other dub-domain, and a web site pops up on your screen. On any decent internet connection, this happens almost instantly; on a slower connection, your browser’s status bar will show you where you are in this name resolving process.

(Irrelevant and possibly useless to know: A web site doesn’t have to be hosted on a commercial server farm. You can buy a domain name and point it to any IP number. Yes, your phone or your smart fridge included. But if you intend that your site be easily and reliably available to large numbers of people, it might be best to find solutions that are always on, and have fat pipes connecting to them to the Internet. Like commercial server farms.)

In the early days of the Web, there were just a few TLDs meant for specific types of organisations, .com, .net and .org—COMmercial, NETwork infrastructures, and ORGanisations not falling within other TLDs—but they have since become unrestricted and are referred to as generic TLDs (gTLDs). There were others, like .gov (for government) .mil (military), .edu (educational institutions) which had and still have restrictions on who can apply for and own them.

Another slice of TLDs are the two-letter ccTLDs, the country codes, like India’s .in. Every country in the world, plus some dominions and territories have them: around 250 exist, from .ac (Ascension Island) to .zw (Zimbabwe). Some of these are tightly controlled by their countries; others which have fortuitous two-letter combinations have been exploited—sometimes even sub-contracted out to commercial registrars and sellers—with domain names available to anyone, like Colombia’s .co, attractive to corporations, Montenegro’s .me, Tonga’s .to and Tuvalu’s .tv. (India’s .in is partially restricted, and in this writer’s opinion, underexploited.)

ICANN (the Internet Corporation for Assigned Names and Numbers, a non-profit that is the Internet’s primary governing body) introduced a few more internationalised (or available to any first bidder anywhere) TLDs in 2004. .aero, .biz, .coop, .info, .museum, .name and .pro. The results were mixed.

Of the 750 million to over a billion web sites online at the moment (depending on whom you ask), the biggest chunk of these (over half, according to this source) end in .com, and they continue to be the TLD most in demand.

Fun fact: No one can tell you exactly how many web pages exist at any point in time. For one, much content is dynamically generated from databases, like in your web-based email, for instance. And then there’s the Deep Web.

Other early generic Top Level Domains (gTLDs) like .net and .org have sizeable shares of what’s left of the TLD pie. Russia’s .ru also plays in this league (in fact it has a share slightly higher than that of .org). .de, .uk, .jp, .br, .pl, .cn, .fr, .it and .in all hover between 1% and 4%. All the many other TLDs have even lower numbers, with a large number of them less than even 0.1%. Clearly, a .com site is still what most seem to want.

But while the number of permutations possible with just Roman letters and numbers is astronomical, finding that one .com name that is unique, relevant to you and your needs, and memorable isn’t easy. If you’ve tried querying a whois service like the one run by Internic (or uwhois for ccTLDs), you’ll know that all the good names are taken. A huge number of existing domain names are speculative buys, people hoping to get rich by squatting in a domain. Others are bought as protective measures, like similar names to that of a big brand, which redirect to a mother site.

To get around both, the difficulties finding that perfect .com name and the fact that for much of the world, Roman letters are, well, Greek, there have been frequent demands and requests for more TLDs, including those in scripts other than Roman. By 2007, ICANN had a set of policies in place on how new TLDs could be brought in. These were further debated by the international community. In 2011, ICANN announced that it would be opening up applications for anyone wanting to sponsor new TLDs. The process was detailed, and involved no little expense from applicants. You can view the applicant guidebook here (PDF, 5.8 MB).

Complex and demanding as it was, when ICANN opened up for applications for a few months in 2012, it got 1930 of them (and $357 million in revenue). Of these, 373 have already been introduced into the Internet, and another 1321 are in some stage of being processed.

The National Internet eXchange of India (NIXI) controls the .in ccTLD, and has oversight over that TLD. The only exceptions are these reserved second-level domains, which are available only to Indian organisations in India that qualify: .ac.in (academic), .res.in (research institutes), .edu.in (colleges and universities) for which you have to go to ERNET’s registry, and the government-controlled .gov.in and .mil.in (for Indias armed forces) which is controlled exclusively by the National Informatics Centre’s (NIC) registry.

You, I, or anyone or any organisation in the world with disposable income can buy domains ending in .in (or the second-level names .co.in, .net.in, .org.in, .firm.in, .gen.in and .ind.in (for individuals)) from INRegistry’s accredited registrars. NIXI charges its registrars and annual fee of ₹350 for a domain and ₹250 for a third level domain, but leaves it to them to decide what price to offer them to the public.

Why it’s taken three-and-a-half years to make them available to the public is something only NIXI can tell us.

Further reading and references
The Internet Society’s pages on the basics of the Internet
The Internet Assigned Numbers Authority’s Root Zone Database (all the TLDs available, listed with their ‘sponsoring organisations’).
ICANN’s New gTLDs statistics, timeline, the status of all the applications and the Frequently-Asked Questions page.