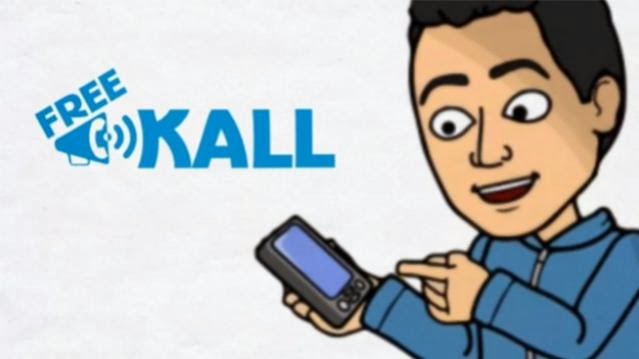 Will the ads on FreeKall irk users?

For those who have been using smartphones, making calls over the internet, through services like Skype and Viber are not unfamiliar territory. But now a Bangalore-based startup FreeKall has brought the same to feature phones with no internet connection.

The idea for FreeKall came about in the dormitories of M S Ramaiah Institute of Technology in Bangalore. “The response has been phenomenal. Our servers crashed about seven times and we had to bring it back up,” Yashas Shekar, the 23-year-old co-founder told Economic Times. Shekar cofounded the company with college-mates Vijayakumar Umaluti and Sandesh Eshwarappa, and FreeKall was launched last week. It’s still in beta, but around four lakh calls have been made so far using the service.

The concept is quite simple and easy for anyone to understand, which could be the key to its success. To make a FreeKall, all you have to do is dial 080-67683693, which connects you to the cloud-powered service. The call is disconnected after just one ring, but the user will receive a call back from the system. Here they can input the number they wish to call and the system will connect it. It’s very much like a trunk call service, but for the internet age. The amazing part is you don’t need an internet-enabled handset to make a FreeKall.

But it’s a business after all and even free services need to support the business. Freekall has tied-up with Streetsmart Media Solutions for this. The service will play ads instead of the dial tone and also interrupts the call every two minutes so both speakers can listen to ads. If you have not registered, you can make a FreeKall for up to three minutes, while for those who have signed up, the calls can last up to 12 minutes. The company plans to remove these restrictions soon and will also be introducing international calls soon.

The ET report states that FreeKall aims to enable 10 million calls a day in India and expects to make $30 million by the end of next year. The company raised Rs 10 lakh in seed capital from Ranjith Cherickel, a telecom professional with experience in the field and is planning to take FreeKall international, starting with Africa. “I expect them to expand internationally in less than a year. This will work well in developing countries and potentially in high-tariff developed markets,” Cherickel was quoted as saying by the report.

While call costs have come down in India over the past few years, there are still markets where calling over a cellular connection is significantly more expensive than in India. Here is where FreeKall can make an impact.

FreeKall is targetted at feature phone users and those who are on a pre-paid plan. However, as we all know feature phone adoption has fallen dramatically in the face of smartphones that can be bought for under Rs 5,000. While FreeKall is no doubt a big deal for feature phone users, it is just another app for smartphone users. Here, the extra step of dialling a number is an entry barrier, which is what apps like Viber and Skype aim to remove. So while the initial success has to be congratulated, FreeKall has its work cut out when it comes to the smartphone battleground.