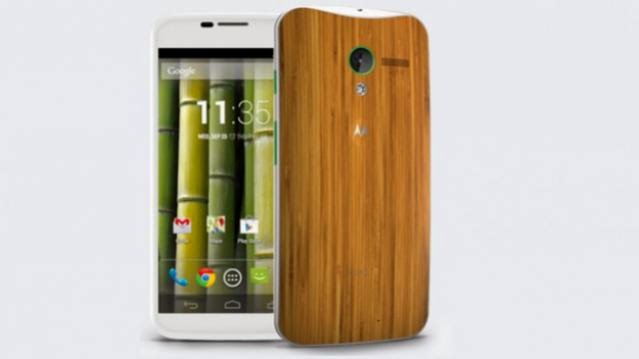 Moto X is the next Flipkart exclusive, but no Moto Maker for India

Indian retailer Flipkart has snagged yet another exclusive deal with Motorola. The retailer tweeted saying the Moto X is coming soon, along with a map that shows India with a very obvious X in the middle. Flipkart will have exclusive rights to sell the Moto X in India, just like the Moto G.

While Flipkart didn’t announce a launch date, it looks like more than just the black and white versions of the phone will be launched in India. Responding to a query about the wooden back Moto X, Flipkart said two such variants – teak and walnut – will be available.  The disappointing news is that Moto Maker tool will not be making an appearance in India. In any case, we should expect five colour options and the two wood variants at launch.

The Moto X exclusive follows the highly successful launch campaign for the Moto G, which was Motorola’s best launch in any country. With stock running out within hours of the launch, it’s clear that there’s a great demand for Motorola’s new phones. A lot of the excitement around the Moto G launch was due to the attractive pricing, but the Moto X is undoubtedly a more premium device, with a larger display, more powerful internals and a better-spec’d camera. And it also has a few software tricks up its sleeve, that are not found on the Moto G.

Internationally, the Moto X is currently retailing for just under $400, so one can expect a pricing of over Rs 25,000. While not the same as the Moto G, the Moto X does have a bunch of cool features that justify the price. Now let’s hope the developer edition with 32GB memory and the unlocked bootloader also makes it to India.