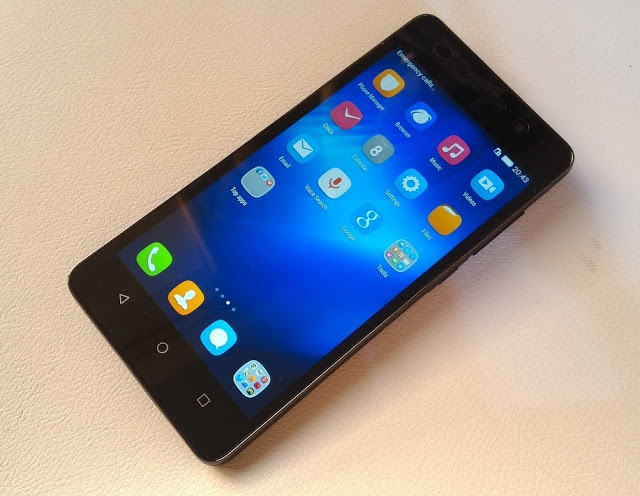 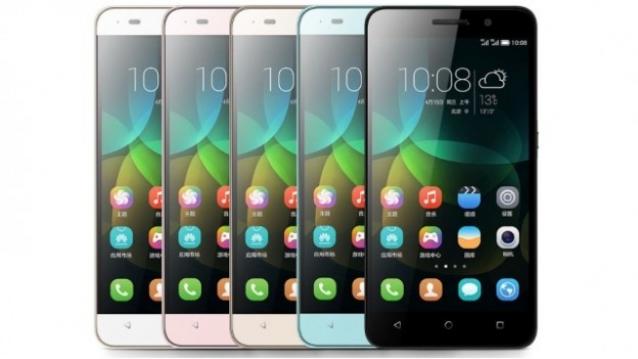 A first glance at the Huawei Honor 4C and you will notice that it has taken a lot of inspiration from its elder sibling – the Honor 4X. The Honor 4C has similar design elements such as the textured plastic removable cover, the same positioning of the camera, similar flat edges and so on. The device is 8.8mm thin and weighs around 162 grams. The overall build quality is good and the etched ‘honor’ branding on the rear side and the silver coloured rim around the front face adds a bit of elegance to the device. Surprisingly, the white coloured model looks more attractive than one in black.  The phone is easy to grip and although the rear cover is removable, the battery isn’t. You will need to remove the rear cover to add in the microSD card or the dual SIMs.

The Huawei Honor 4C comes with a 5-inch 1280 x 720 pixel display. Expecting an HD display at this price point has become a norm and Honor 4C dosen’t disappoint on that front. This gives it a pixel density of 294 ppi which is reasonably decent display. The display is bright and vibrant, but one thing that is annoying is its propensity to attract smudge marks. You will find yourself cleaning the display quite often. The display has an IPS panel so the viewing angles are great, but there is no Corning Gorilla Glass protection.

Just like its elder sibling, the Honor 4X, the Honor 4C also houses a HiSilicon Kirin chipset. The Kirin 620 system on chip houses a 64-bit octa-core Cortex A53 processor clocked at 1.2GHz along with Mali T450 GPU. While the chipset supports 4G LTE as well, the Honor 4C is not a 4G phone. According to GSMArena, the Kirin 620 is comparable to Qualcomm’s Snapdragon 410 SoC. We will have to compare performance numbers to say for sure. The chipset is paired with 2GB of RAM.
The Huawei Honor 4C comes with 8GB of storage and you have the option to expand it via a microSD card slot which can be accessed by opening the rear cover.

On the connectivity front, you have dual 3G SIM support. As mentioned above, the Honor 4C does not support 4G LTE in India. Apart from this you get Wi-fi 802.11n, Wi-fi Direct, Bluetooth 4.0 along with GPS/GLONASS.

Huawei Honor 4C packs in a 13MP rear camera and a 5MP front-facing camera. The rear camera comprises a Sony BSI sensor and comes with an f/2.0 aperture lens. The user interface on the camera app is similar to what we had seen on the Honor 4X as well as the Honor 6 Plus. The lighting situation at the launch venue wasn’t ideal so we will have to test it out when we get the review sample.

The 2550mAh battery on the Huawei Honor 4C is non removable. Looking at the capacity of the battery it seems like one should be able to extract a day’s worth of usage. But we will reserve our final verdict till we put the phone through our tests.

Huawei’s online brand Honor is trying to woo buyers who are buying a smartphone for the first time or those who already had a smartphone, but are looking for a budget upgrade. For a Rs 8,999 price point, the phone packs in lot of features, but how the phone performs as an everyday device is what will matter. Many will rue the fact that the phone lacks 4G support, which is a fair point considering many players have released budget devices even under Rs 8,999 with 4G LTE support. At the moment, the 4G LTE is limited to only a few pockets in the country, but it is always better to have the option to future proof your device. But who knows, just like Moto E, Huawei may also release a 4G variant if it deems necessary. At Rs 8,999, the Huawei will be competing against Yu Yureka and Lenovo A7000, both of which are capable devices. Not to mention the Lenovo A6000, Moto E, Xiaomi Redmi 2 as well. We will have to run the Honor 4C through our tests to see which one emerges as the winner.