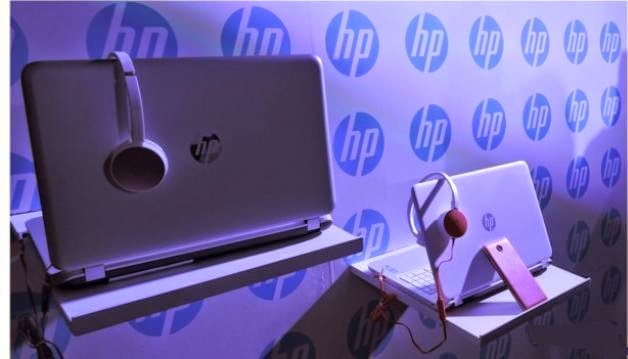 Desktops and laptops are generally the products you’ve seen being manufactured by HP. But recently, the company announced that they would unveil their latest innovation called ‘Sprout’, which will be a new computing product. According to a report from Re/code, the company will show off a novel new Windows PC called Sprout at an event in New York next week.
When the company had decided to split into two divisions namely one focusing on PCs and the other for corporate hardware and services, we expected to see some minor improvements in both the departments. As of now, Hewlett-Packard is preparing to release Sprout.
HP promises that this isn’t your typical computer which has been around for the longest time now. The Sprout is said to include three primary parts: a flat touch-enabled surface, a large flat screen display similar to HP’s line of Pavilion desktops and an overhead assembly that includes a 3D scanner and projector. It doesn’t seem like it would have a conventional keyboard either.
Re/code also states that the overhead device projects images downward onto the work surface, which users can manipulate with their hands or with a stylus. They can resize pictures, move elements around and change colors. They can also easily add new elements to the image by scanning objects or other images directly on the work surface. This is where the overhead 3D scanner comes into play. Adding an image of any object is as easy as placing it on the work surface where it can be scanned and then included in whatever the user is working on. It also tells us that users will be able to manipulate whatever is being shown on the touch surface with either their hands or a stylus. This includes resizing elements of the user interface and moving things around.
The target audience for this product shall be high-end businesses along with professionals working in the content creation industry. At the start, the computer will support Windows but might eventually run on the Android platform too.
Sprout seems to be an interesting concept which has been put to work. When released, it hopes to be a hit with the crowd as it breaks out from the traditional PCs. There hasn’t been any official pricing on the desktop nor any image which has been released to the public. From the descriptions above, we can get a rough idea of how Sprout would look, but the actual product will only be revealed on October 29th.

@techfoogle
Previous Nokia brand steps down, Microsoft takes control of the Lumia Series
Next Moto G, Moto E, MacBooks, Xbox One, and More in Tech Deals of the Week